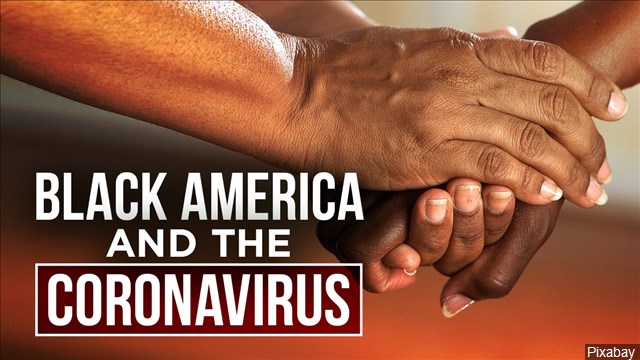 Covid-19 is still ravaging Black communities with many households facing serious financial problems with job loss, and difficulty managing childcare in the four largest cities in America with large populations of Blacks and Latinos, according to an NPR, the Robert Wood Johnson Foundation and the Harvard T.H. Chan School of Public Health Poll.

The poll, released in September, surveyed 3,400 families in Houston, Chicago, New York and Los Angeles from July 1 to August 3.

“Before federal coronavirus support programs even expired, we find millions of people with very serious problems with their finances,” explained Robert J. Blendon, a poll co-director and executive director of the Harvard Opinion Research Program at the Harvard Chan School. “And it’s going to get worse because there is nothing for the people we surveyed who earn under $100,000 a year to fall back on.” He said the Harvard team expected to find substantial economic damage because of the unprecedented shutdown of the economy, “but this is much, much, much worse than I would’ve predicted.”

“This is what I would expect without a national emergency relief bill,” Dr. Blendon said. “We had a $2 trillion relief bill to lift people up and put a pillow under them. But it is not helping nearly as many people as we had expected.”

He spoke Sept. 30, as part of an expert panel convened by the Harvard T.H. Chan School of Public Health to discuss details of the poll results from the report, “The Impact of Coronavirus on Households in Major U.S. Cities.” The report found that no groups were more affected by Covid-19 than minority communities, both in terms of illness, death and financial devastation.

“The pandemic is making a very bad situation worse.  Where were minority communities before the pandemic?  What national data tells us is that Black households earned 59 cents for every dollar White houses earned, that’s where Native American households were as well.  Latino households earn 73 cents for every dollar White households earn,” said David Williams, Florence Sprague Norman and Laura Smart Norman, professor of public health and chair of the Department of Social and Behavioral Sciences at the Harvard T.H. Chan School of Public Health.

“As bad as those income gaps are, they dramatically understate racial differences in economic circumstances because income captures the floor resources into the household.  It doesn’t tell us about the economic reserves.  The latest data from the Federal Reserve Board, before the pandemic, tells us that for every dollar of reserve that White households have, Black households have 10 pennies and Latino households have 12 pennies,” noted Mr. Williams.

For every 100,000 Americans (of their respective group), about 98 Blacks have died from the Coronavirus, the highest actual mortality rate of all groups—above Asians (40), Whites (47), Latinos (65), Pacific Islanders (72) and Indigenous people (82).

The NPR report found that in all four major cities 63 percent of poll respondents reported facing serious financial problems, 81 percent of Blacks, and 77 percent of Latinos.  In addition to job loss and reduced hours the poll found significant numbers of households reported that their savings were depleted by the pandemic (if they had any savings to start with) or that they had fallen behind on housing payments or have had problems paying debts and/or utility bills.

“We are talking about illness and death in those communities with the loss of life to the breadwinner in that family, people who bring in income into the household.  The important points that need to be kept in mind is that these racial, ethnic differences is that these are not acts of God.  They are not random events, they didn’t just happen,” said Dr. Williams.

“They are the successful implementation of social policy.  They illustrate one of the most powerful mechanisms of racism that people don’t see, that is residential segregation, where people live and the opportunities they have linked to that place.”

These families tend to be relegated to low to mid-income communities where the opportunities for career advancement, upward mobility, better housing and the advantages of the American Dream are not available to them.

If suffering family finances were not enough, to add insult to injury these families also have challenging childcare problems.  In New York City, 60 percent of households with children reported having serious caregiving problems during the pandemic, compared with 59 percent nationally. This includes finding space for their children to play, converting their home to an education setting, internet that works consistently, and childcare when adults must work.

“It’s not just that these households are struggling to keep their kids’ education going—they are also struggling with almost every other aspect of managing their children’s lives,” explains Mary Gorski Findling of the Harvard Chan polling team.

The Muslim Wellness Foundation partnered with the University of Maryland Baltimore County to also survey the impact of Covid-19 on Black communities.  Their study reached 845 participants, 311 identified as Muslims, 336 identified as Christians and 186 participants identified as neither Christian or Muslim (ie: Jewish, Buddhist, African religion or unaffiliated meaning atheist or agnostic.)

“I have surges of anxiety. The disparities Black folks are experiencing in infection, testing and treatment have reinforced the general anti-Blackness of this country,” said one survey respondent identified as a 38 year old East African Muslim woman.

“In spite of all the death, sickness and trauma people are experiencing, not only here in America, but all over the world. One thing is certain … GOD is in control,” responded another participant, a 61 year old African American man.

Dr. Kameelah Mu’min Rashad, principal investigator for the wellness study, explained at the presentation of the results last month that: “The challenge is that this is something that has been known but to see it visually depicted, to hear and read some very heart wrenching testimonies of how people are surviving and trying to make meaning of their lives is important.”

She added, “I’m filled with incredible pride in how Black people live right now, yet I’m also incredibly concerned about the toll it takes for us to live under these conditions.  I love my people; I am proud to be a part of this community.  I have absolute faith in the mercy and justice of the creator.  But I also remain concerned.”