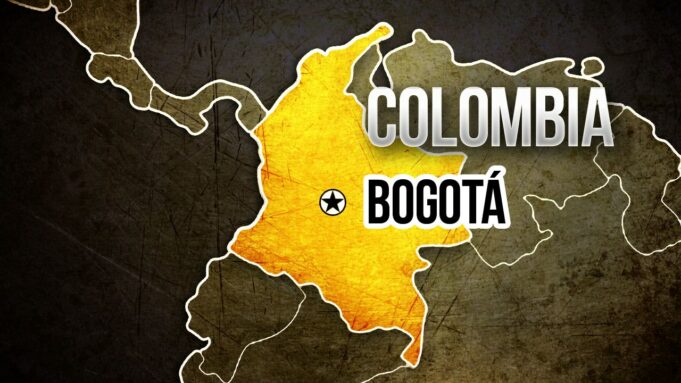 BOGOTA, Colombia—Jose Manuel Mancilla was taking a break from his job at a local gold mine. So on Sept. 20 he gathered with friends at a hillside home in his village of Munchique, where about 20 people were drinking and staging cockfights.

The 19-year-old’s life ended abruptly when hooded men began to shoot at the improvised cockfighting arena with machine guns and threw at least two grenades at the terrified crowd. Six men in all, aged 16 to 28, lost their lives during the attack on the western Colombian village, which is surrounded by small gold mines and coca fields.

Hours later, four people were killed in a similar attack in Colombia’s southern province of Narino. Video shared on social media showed men with assault rifles shooting at corpses floating on a pond.

“With all that has been happening in Colombia it’s hard to expect any justice for these crimes,” said Edilson Adrono, a town council member in Munchique who lost two cousins in that town’s massacre. “We’ve been left alone here, as if we didn’t exist on the map.”

Alarms are sounding in Colombia over a rising tide of violence. More than 230 people have been slain in massacres this year.

The deaths signal a new chapter in the country’s long history of bloodshed. Rather than the previous national dispute between guerrillas and the state, violence in rural Colombia is now marked by a patchwork of local feuds between criminal groups that fight over drug routes, illegal mines and even gasoline smuggling routes.

These groups are less ideological than the leftist guerrillas of the Revolutionary Armed Forces of Colombia, a movement known as the FARC that made peace with the government in 2016 after five decades of conflict that killed 250,000 people and chased millions from their homes.

The new groups can be just as violent, however.

“There is less direct confrontation now between armed groups and the government,” said Juan Carlos Garzon, an expert on Colombia’s conflict at the Ideas for Peace Foundation. “But what you see are many attacks against civilians who are perceived to be part of the support structure of a rival group.”

Mr. Garzon said this struggle for territorial control could explain the Sept. 20 attack at the Munchique cockfighting arena. No suspects have yet been captured.

The village lies in a corridor that connects coca fields in Colombia’s central mountain range with the Pacific Ocean, where cocaine is loaded onto fast boats that take the drug to Central America and Mexico.

Drug trafficking groups like the Gulf Clan and rebel groups led by former FARC members who did not sign the peace deal operate around the village of Munchique and elsewhere in Cauca state.

“There are so many groups with interests here that we don’t really know who to blame,” said Clemencia Carabalí, a spokeswoman for the Association of Afro Colombian Women of Northern Cauca, a human rights group.

Colombia’s government pointed to a group of former FARC members for the attack and offered a reward of $300,000 for two of its leaders. On Sept. 21, military commanders and officials from the defense ministry visited the area and said the army would step up operations against the FARC dissidents.

But there are many areas of Colombia where similar attacks have happened and perpetrators still haven’t been caught.

Camilo Gonzalez, president of the Colombian think tank Indepaz, said that so far this year, there have been 61 incidents in which three or more civilians were killed by armed groups, compared to 35 for all of last year.

These crimes are described as “massacres” by Colombia’s Human Rights ombudsman, while the Ministry of Defense often calls them “collective homicides.”

Mr. Gonzalez said the spike in massacres is happening as armed groups reposition themselves around the country and fight for illegal resources abandoned by the FARC rebels.

“These are smaller groups who have little political purpose,” Mr. Gonzalez said. “They are going after drug routes, gold mines, timber smuggling, and forming alliances with money launderers.”

In Cauca, where there have been nine massacres this year, human rights leaders say slow implementation of the 2016 peace deal with the FARC rebels has made matters worse.

Under the accord, the guerrillas laid down their guns in exchange for reduced sentences and seats in Colombia’s congress. But areas hit hard by the conflict were also promised government funded programs to help farmers replace illegal crops like coca with legal ways to make a living.

Around Munchique that meant replacing coca with coffee, citrus fruit and cocoa. But while some payments were made to farmers who wanted to change from coca growing, roads are still poor, making it costly to transport new crops. Most homes in the county of Buenos Aires, where Munchique is located, still lack running water.

“We can try to grow coffee beans,” Mr. Carabalí said. “But how can we wash and process them without water?”

The area’s poor infrastructure makes it appealing for some farmers to continue growing coca, which is cheaper to produce and easier to transport than most legal crops.

That brings criminal groups into the area.

“You see farms with illicit crops here that are located right across from police bases” Mr. Carabalí said. “There’s not enough government here. And everyone wants to take the law into their own hands.” (AP)