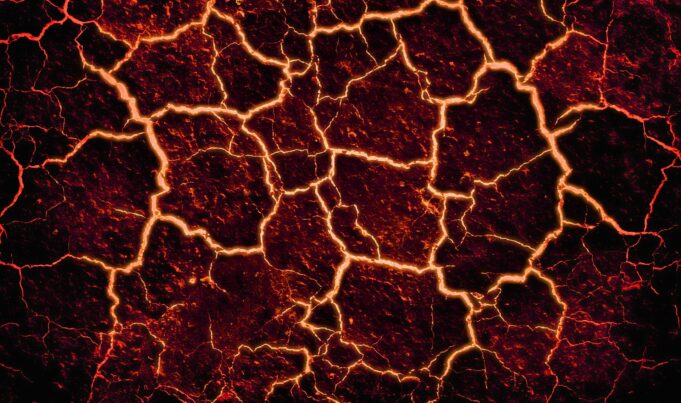 According to the changes of civilization by Allah and His Messengers from Moses to this day and the last Messenger, the resurrection and return of the lost and found mentally dead members of the aboriginal people of earth (the Black Nation) is now.

Today, we live at the end of the world of people who have ruled the Black man and his various colors between Black and White for the last 6,000 years. The world of disbelievers and hypocrites know these are the days and the end of the rule of the White man.

I am referring to the rule of the people mentioned by Jesus, Allah and the Holy Qur’an as being a people who were created (grafted) so that they might be tried at ruling the righteous for the past 6,000 years. Their first 2,000 years were spent in the caves and hillsides of Europe (the only appointed continent of Allah for that people).

They suffered divine chastisement for the first 2,000 years on this continent for their trouble-making and for causing war and bloodshed among the original Black people, who had not suffered from wars, exploitation and enslavement before the creation (grafting) of this people by their father, Yakub.

Today, they have filled the earth with their wickedness, and there is 100 percent dissatisfaction against their continued rule over the nations Black people.

Allah now has put it in the hearts of the original people to forsake them and to separate them from living to themselves as they did before the grafting of this race of people by Yakub. We find it as hard to separate from them as it was 600 years after they were grafted from us. In those days, they fought back to remove them from among the righteous (the original Black people of Arabia).

In that war, Allah was successful, driving them (most of them) out into what is known today as Europe: EU stands for hills and cavesides of that continent and ROPE means a place where that people were bound in.

Since 1492, the people of the White race have been allowed to spread over the face of the earth (to have the freedom of deceiving all that they could). To learn more about them, let us read and study their history. Read in the Bible the Revelation of John, under the title of “The Beast and the Dragon.”

Their history shows trouble-making, murder and death to all darker people from the far-off islands and mainlands of Asia as well as the South Seas and the Pacific and Atlantic Oceans. All have been touched by their destructive hand and evil way of civilization and finally the bringing of my people to make their destruction sure.

Actually it was suicide for them to have brought our fathers in slavery. This act was charged to them by the Divine Supreme Being as being the most wicked people on the earth. Now we see the results in the fight of the ignorant among our people to gain sincere love from a people who have no sincere love among themselves.

They have never practiced sincere love, according to their own history of war making, robbery, murder and exploitation among themselves. This is clear to you who see and understand.

The so-called Negro has been made so blind, deaf and dumb by them that even the intellectual Blacks now are blind and seek to make love and friendship with the people of the devil and Satan. The day of decision between the dark races or nations was begun by God Himself in the Person of Master Fard Muhammad, to Whom be praised forever, as is prophesied in the Bible: “Multitudes in the valley of decision, for the day [before or by 1970] of the Lord is near in the valley of decision” (Joel 3:14).

It is clear that the armies of the nations of the earth have geared themselves for a showdown between their forces and Allah and the Nation of Islam. We, the so-called American Negroes, the lost and found members of our Nation, are in this decision. The second and third verses of this same chapter (Chapter 3) read like this: “I will also gather all nations and will bring them down into the valley of Jehoshaphat [Europe and Asia—between Black and White] and will plead with them there for my people and for my heritage [the lost and found, so-called Negroes], Israel whom they have scattered among the nations and parted my land [between the European White race] and they have casted lots for my people and have given a boy for a harlot and sold a girl for wine that they might drink” (Joel 3:2, 3).

America has fulfilled this to the very letter and spirit with her slaves (the so-called Negroes) under the type of Israel. The Egyptians did nothing of the kind to Israel when they were in bondage to them. In fact, and as God taught me, the Bible is not referring to those people as His People, it is referring to the so-called Negro and his enemy (the White race). The seventh verse also gives us a hint in this way:

“Behold, I will raise them out of the place where you have sold them and will return your recompense upon your own head” (Joel 3:7).

The slave-masters of our fathers must reap what they have sown. Allah calls them to war in the ninth verse of the same chapter.

“Proclaim you among the Gentiles, prepare war, wake up the mighty men, let all of the men of war draw near, let them come up” (Joel 3:9).

All the mighty men of science and modern warfare have been called in an effort to devise instruments and weapons against God and the armies of heaven. The nations of the earth are angry. The disbelievers and hypocrites of my people also are angry over the change of the old world to a new world of justice and righteousness, causing much spiritual darkness and misunderstanding to fall upon them. They want to judge the person Allah should choose for His Messenger.

Believers, be aware of this chief hypocrite who has, for the past year, stepped beyond the limits in trying to keep people from following me (see Holy Qur’an 68:10-16).

I am no more to suffer the evil and slanderous talk of the disbelievers (as though they are the judges of Allah’s Messenger) as did the Messenger before me. Not one of you of the 22 million who do not believe in the truth that I am teaching will harm me in the very least; you are harming only yourselves. As I have said, Allah has given me the key to your mental death here in America (hell). I am not allowed by Him to even beg you to believe, because the truth is plain enough for a fool to see and say that it is the truth.