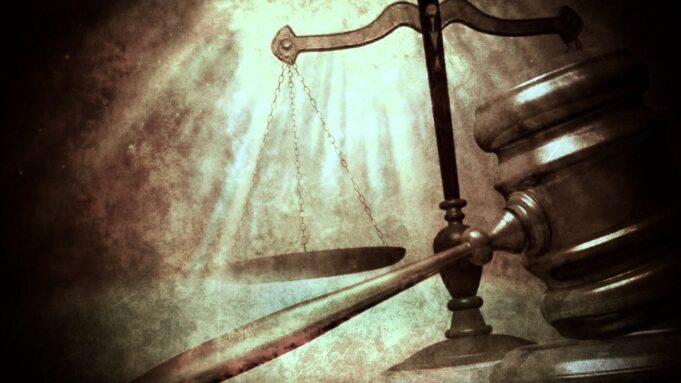 Harvard Law’s Criminal Justice Policy Program’s new report, “Racial Disparities in the Massachusetts Criminal System,” found found that Blacks and Latinos, when sentenced to incarceration, receive longer sentences than their White counterparts.  The report also found that in addition to receiving longer sentences Blacks were imprisoned at a rate 7.9 times that of White people and Latinos at 4.9 times that of White people.

The report, released in early September of this year, was commissioned in 2016 by the late Massachusetts Supreme Judicial Court Chief Justice Ralph Gants who died at age 65 just days after it was released following surgery from a heart attack.

Judge Gants wondered why so many Blacks and Latinos were in the criminal justice system.  In his October 2016 State of the Judiciary address, he said, “We need to explore the reasons behind the great disparity in the rates of imprisonment among Whites, African Americans, and Hispanics in this Commonwealth. According to data collected by the Sentencing Commission, as a nation, in 2014, the rate of imprisonment for African Americans was 5.8 times greater than for Whites; in Massachusetts, it was nearly 8 times greater.”

He tasked Harvard Law School with finding out why.  Their results are in this study released September 9. According to the report, Blacks and Latinos are less likely “to have their cases resolved through less severe dispositions such as pretrial probation or continuances without finding” than White people, and when they are sentenced to incarceration, those sentences are longer— an average of 168 days longer for Blacks and 148 days longer for Latinos.

“To put that time in perspective, that is nearly the length of the shutdown caused by the coronavirus,” Anthony Benedetti, chief counsel for the Committee for Public Counsel Services (CPCS), said in a statement. “Those are days away from families, friends, jobs and opportunities. These are days spent in prisons with virtually no rehabilitative services.”

Mr. Benedetti said the Harvard report “shows more of what we have known for years that Black and Latinx men and women unfairly experience significantly worse outcomes than do their white peers. They are pushed into the criminal legal system earlier, are sucked in deeper, and they are held within its clutches longer.”

Hakeem Muhammad is a recent law school graduate.  He’s accepted a position as a Roxbury, Massachusetts public defender.  “This study confirms what Black Americans know and have experienced: the criminal legal system treats us unjustly. This is not news to Black people. Many of us have seen our family hounded through the system and treated cruelly,” he told The Final Call.

“It is great to have a study that confirms the reality of institutional racism in America, but we must focus on what are we going to do about it? What steps are prosecutors, judges, and policy makers going to take to eradicate the racism that Black Americans experience?” asked Mr. Muhammad.

That’s the question Mr. Benedetti also asked. “What are we going to do to make sure the criminal legal system is, in fact, just?” There is no one villain to be blamed for this situation,” he stated. “All of us working in connection with this system share responsibility for making it fair, equitable and effective. CPCS is committed to doing our part, to provide ever better and more holistic representation and to work with the community and the other institutional stakeholders to assure true access to justice for all,” added Mr. Benedetti.

“When public defenders talk about the criminal justice system, we don’t use the word ‘justice.’ We call it the criminal legal system because far too often, the outcomes are so disparate, that justice doesn’t seem like the right word to describe the process.”

• Blacks and Latinos charged with drug offenses and weapons offenses are more likely to be incarcerated and receive longer incarceration sentences than White people charged with similar offenses. This difference persists after controlling for charge severity and additional factors.

He said the Harvard study simply reinforces what he already knew and reinforces other various studies that corroborate the fundamental fact that the criminal justice system is fundamentally anti-Black. “It makes me more vigilant and more passionate about defending the constitutional rights of Black people,” said Mr. Muhammad.