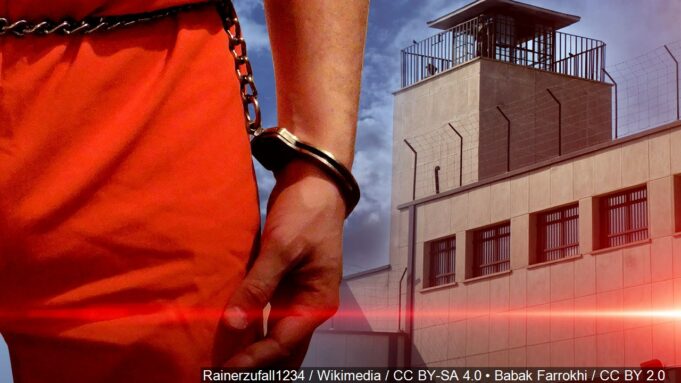 Mitch Harris had three years of college, lots of experience from internships, great references, and a drug charge. The only thing that mattered when he applied for a job was the drug charge.  It followed him everywhere and like an albatross seemed to sink every opportunity he came across.

“I just couldn’t get ahead, just because of one mistake.  I did my time, paid my debt to society but it’s never enough. I’m still paying because I can’t make progress.  I can’t get the type of job I’m qualified for and can do,” he told The Final Call.

“Time is passing, I’m not getting younger and I’m not getting ahead. The years I spent confined I understand but these years I’ve been out I should be able to make up for lost time but I can’t.  It feels like I’m just standing in place, or even going backwards.”

The Brennan Center for Justice at New York University Law released “Conviction, Imprisonment, and Lost Earnings: How Involvement with the Criminal Justice System Deepens Inequality” on September 15 and their report speaks to Mr. Harris’ plight.

It analyzes the effects that criminal convictions and prison time has on an American’s earnings and breaks down the losses by race. It shows that, on average, a Latino imprisoned as a young adult loses $511,500 in lifetime earnings, for a Black person it’s $358,900 but for a White young adult its only $267,000.

The report also found the first-ever estimate of Americans who have a misdemeanor conviction: at least 45 million, about 14 percent of the U.S. population. Those people lose an average of 16 percent in annual earnings due to that conviction.

“We found severe economic losses for those with even minor criminal convictions. No wonder so many Americans become trapped in the cycle of poverty and criminalization,” explained Terry-Ann Craigie, co-author of the report and economics fellow in the Brennan Center’s Justice Program.

“While it is commonly believed that this is a country of second chances, our findings show that, for many who have been through the criminal justice system, second chances are not a reality.”

The disparities in income loss are just the beginning.  The report found that, with all things being equal, a White person with a criminal conviction earns more annually than a Black person who has never been convicted of a crime. By the end of their career, a White person with a criminal record earns an average of $49,000 a year, while a Black person who has no criminal record earns $39,000 a year.

“The new findings in the Brennan Center’s report sound an alarm about the intersection of racism and poverty. Formerly imprisoned Black and Latinos suffer substantial and lifelong wage losses compared to their White counterparts,” said Wes Moore, CEO of Robin Hood, one of the largest anti-poverty forces in the nation which provided support for the report’s research.

The report also found the following:

•         The total amount of money lost each year by Americans who have a criminal conviction or spent time in prison is $372.3 billion. That’s enough money to close New York City’s poverty gap 60 times over.

“The vast reach and excessively punitive nature of the American criminal justice system captures millions of people, causing them serious if not insurmountable financial losses that last decades,” said Ames Grawert, senior counsel in the Brennan Center’s Justice Program and a co-author of the report.

“The justice system must be understood as a prime contributor to the gaps in income and wealth that plague this country, including and especially the gaps between White people and people of color.” —Nisa Islam Muhammad, staff writer