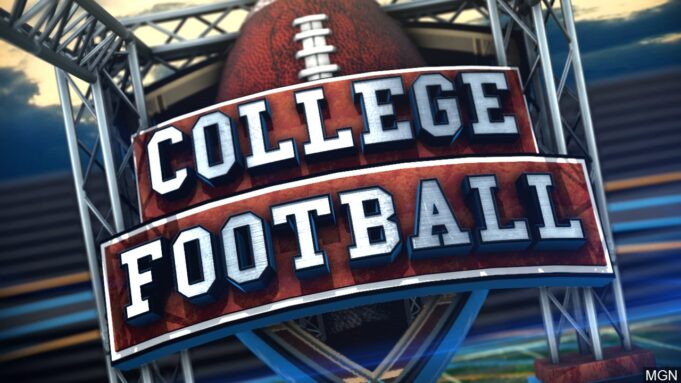 Black athletes are the backbone of major college sports, but what do they really get in return? Black athletes on major university sports teams prohibited by NCAA rules from getting paid, generate billions of dollars that finances the salaries of White coaches, administrators and non-revenue generating sports teams primarily played by wealthy White students.

A new working paper by the National Bureau of Economic Research found, “Intercollegiate amateur athletics in the U.S. largely bars student-athletes from sharing in any of the profits generated by their participation, which creates substantial economic rents (income) for universities.”

This income is primarily generated by men’s football and men’s basketball programs,” the paper points out. “We characterize these economic rents using comprehensive revenue and expenses data for college athletic departments between 2006 and 2019, and we estimate rent-sharing elasticities to measure how rents flow to women’s sports and other men’s sports and lead to increased spending on facilities, coaches’ salaries, and other athletic department personnel,” the research noted.

“Black athletes create all that wealth not only for the university, but the university supports the local city businesses.  In many places, the sports team is the largest moneymaker in that state. The coach is the highest paid person in that state,” NBA Hall of Famer Spencer Haywood told The Final Call.

“This is all generated on the backs of Black athletes,” he explained.  “Whoever’s in the locker room makes a great living too.  He can make $100,000 for cleaning up the lockers.  His family gets generational wealth. Everybody gets generational wealth, but the cotton picker,” said Mr. Haywood who played college basketball at Trinidad State Junior College in Colorado and the University of Detroit. He was a member of the U.S. Olympic team that won a gold medal in 1968 and eventually played in the ABA (American Basketball Association) and NBA where he was an All-Star.

The National Bureau of Economic Research analyzed revenue data from 2006 to 2019 for all 65 athletic departments in the Power Five conferences (Big Ten, Pac 12, Big 12, Southeastern Conference, and the Athletic Coast Conference) which include the NCAA’s top Division I football and basketball programs.

Their data included student rosters across all sports in those departments in 2018, and players’ demographics, such as ethnicity and hometowns. Their research found that the revenue generated by those athletic departments nearly doubled during the study period, from $4.4 billion to $8.5 billion. Division I (D1) programs typically have men’s and women’s teams in roughly 20 different sports, 58 percent of the total athletic department revenue comes directly from only two sports: men’s football and men’s basketball. All other sports account for only about 15 percent of total revenue. The remaining 27 percent comes from other sources such as the sale of media rights.

During the study period, coaching staffs’ average annual salary doubled, from $4.8 million to $9.8 million. Non-coaching administrative salaries nearly doubled also.  The money makers who are the athletes, compensation is regulated to academic scholarships for tuition and a modest stipend for living expenses. That only grew by 47 percent.

The study estimates that less than seven percent of football and men’s basketball revenue is paid to athletes through these two forms of compensation.

“There’s so much money,” Craig Garthwaite, lead author of the study, told media, “and the one group that really has not seen any real increase in benefits are the players who are risking their health and safety to play the sports.”

“It’s morally bankrupt,” Dr. Garthwaite added. “The NCAA wants it to be ‘amateur’ for the athletes but none of the rules of amateurism to apply to all the other people in the system.”

Compare what college athletes make to what professional athletes make for the same sport and play minus the free education.  The study found that under their respective collective bargaining agreements, professional football and men’s basketball players in the U. S. receive approximately 50 percent of the revenue generated by their athletic activities as salary.

This disparity in profit sharing leads to the corruption of NCAA rules where student athletes are paid illegally by recruiters and coaches.

“University coaches are paying their players under the table to some degree.  For example, a student goes to the University of North Carolina from Baton Rouge, Louisiana; on the weekend he doesn’t have any money,  he can go to that coach and ask for money to get something to eat. I’m sure in most cases the coach will drop $20 or $30 bucks, a high-priced university might give him $500 for a month or so,” former NBA player and activist Craig Hodges told The Final Call.

“I haven’t seen coaches come out and say that players should get paid. I haven’t seen it. There are different organizations that basically represent the student athletics side that are pushing for this, but I haven’t seen this pushed from the university or the college and the coaches side of it,” said Mr. Hodges the 3-point sharpshooter who won two NBA championships with the Chicago Bulls.

“Paying players is what’s floating around about Zion Williamson that he was paid to go to Duke.  But think about all that money.  There’s an entity of our people whose lives could be changed if that kind of money could be utilized to change communities,” added Mr. Hodges.

Mr. Williamson, the rookie phenom who plays for the New Orleans Pelicans of the NBA, is currently being sued by a former agent for breach of contract and is being accused of receiving housing and luxury cars in his parents’ name in exchange for going to Duke University,  one of the premiere college basketball programs coached by Mike Krzyzewski whose salary at nearly $9 million a year tops among D1 basketball coaches.

“I coached basketball at Chicago State and during that period of time we were the only revenue generating sport,” said Mr. Hodges.  “So, we would have to go play teams like Missouri and get $40,000 or $50,000 for the game. Then you bring that money back to the university and it goes to the general scholarship fund. My players are still in the same position.”

In August a group of Senators led by Cory Booker (D-NJ) announced the College Athletes Bill of Rights.  The proposal will guarantee fair and equitable compensation, enforceable health and safety standards, and improved educational opportunities for all college athletes.

“As a former college athlete, this issue is personal to me. The NCAA has failed generations of young men and women even when it comes to their most basic responsibility—keeping the athletes under their charge healthy and safe,” said Sen. Booker, a former high school All-American and Division 1 football player at Stanford University.

He has called for college athletes to be compensated for their “name, image, and likeness” rights and requiring colleges and universities to cover athletes’ medical expenses for injuries sustained during college competition for at least 10 years after eligibility.

“The present state of college athletics is undeniably exploitative. The literal blood, sweat, and tears of student athletes fuels a $14 billion industry, but until very recently, those students received little in return and were vulnerable to being tossed aside. Reforming this system is about basic justice: racial justice, economic justice, and health care justice,” Sen. Richard Blumenthal (D-CT.) said.

“Our framework is centered around the principle of empowering athletes. We want to give college athletes the tools they need to protect their economic rights, pursue their education, prioritize their health and safety, and most critically, hold their schools and organizations like the NCAA accountable.”

Who should get paid and what is fair?

College sports teams are made up of stars, role players and then the mega stars that have their eyes on the prize playing professionally at the next level.  If players were paid, who would get paid and what?

Keith James has coached college football for 19 years.  He was the assistant football coach at Coastal Carolina University.  He’s now the assistant director of North Carolina A & T’s Trio Upward Bound program “Michigan and Ohio State have the revenue to pay players but what if you’re at a Division 2 or a Division 3 school? They don’t have the revenue to pay student athletes, so that’s the catch-22 with paying athletes.  If you pay players at Michigan State, do you pay those on scholarship, do you pay the walk-ons?” he told The Final Call.

“Does the third string kicker get paid even though he doesn’t play in the game?  That’s why coaches can’t really comment on it because they don’t have an answer.  What about grade point averages, will they matter?  If you paid football players, all sports would have to get paid, including women’s golf, women’s volleyball, women’s softball and whatever sports teams the school has.”

For many athletes getting paid means leaving school early for the draft.  Basketball superstars from Moses Malone to LeBron James, and every player that has left high school to the pros, or left before graduating, can thank Spencer Haywood.

When he was 20, Mr. Haywood sued the NBA to allow players to enter the draft from high school or college early. His 1971 lawsuit, Haywood v. National Basketball Association, nullified the NBA rules that said a player was ineligible for the draft until four years after his high school graduation, or the graduation of his class in the case of a dropout. Mr. Haywood ultimately played first in the ABA.

Cedric Muhammad, CEO of The HipHoppreneur, a consulting firm advising athletes and entertainers on community development, has always believed college athletes should be paid.

“To be a top-flight academic student athlete on the pathway of your career sometimes necessitates that you leave college early or else you lose an opportunity to maximize your earning potential. The idea that an athlete was going to college just to get a degree became a misnomer. It’s not reality. Something new had to be done. The first step is to allow the athletes to make money from their name, image and likeness,” Mr. Muhammad told The Final Call.

“That’s where the NIL (Name, Image and Likeness) ruling come into play but that’s not the same as them making money from actually being compensated for their performance. That’s the next level.”

Last April the NCAA’s Board of Governors approved the recommendations of a working group, to consider whether and how to allow college athletes to earn money from their name, image and likeness.

However, Mr. Muhammad cautioned, there’s another element that the community has to deal with. “That’s the process of exploitation that goes from elementary to high school, whether it’s through AAU leagues, or traveling sports leagues, people are making money off of fifth graders and sixth graders. Seventh graders are being ranked nationally with tournaments being sponsored and tickets being sold,” he explained.

“The larger question is whether it’s in our local neighborhoods, whether it’s Chicago or some small town rural area, how does our community benefit from the talented young people that they’re producing and exporting to a college or a sports League or a record label or a streaming media?” added Mr. Muhammad.

“There’s not an equitable sharing from the revenue that’s being generated by our talent or our natural resource.  Why has our sports and entertainment not produced community development yet?  It is because we are not sharing in the future earnings or the revenue generated by the talent that we shape and produce and then ship off to leagues. We have become a mammary gland for the rest of society, and everyone has benefited from the cultural capital of the talent of Black America.”