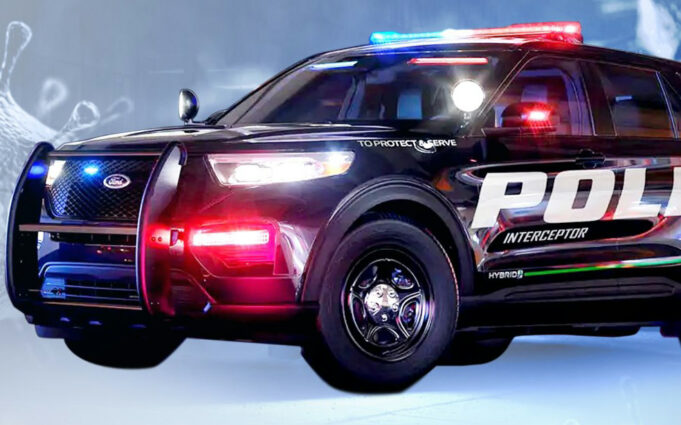 Golda Barton called 911 on her 13-year-old autistic son, Linden Cameron, so that he could be hospitalized to get help for his mental health issues. Instead, Salt Lake City, Utah, police shot him, leaving him hospitalized with broken bones and pierced organs, according to the family’s attorney.

Police released body camera footage, where they can be heard asking whether they should actually approach Linden Cameron, a luxury Black victims of police brutality do not often get. Linden is White.

“The officer was expressing some hesitancy about trying to apprehend him. ‘He’s not harming himself. I’m not about to get in a shooting,’” said Kim Kaiser, program director for The Color of Autism Foundation. “The problem is, if you know you’re going to approach a White family in a White neighborhood, you’re going to consider these things. If you’re walking into a Black home in a Black neighborhood or just walking into a Black home no matter where you’re at, those things aren’t taken into consideration. It’s shoot first, ask questions later,” she said.

Ms. Barton told a local Salt Lake City TV station that she wanted a crisis intervention team to help her son with separation anxiety when she called them on September 4.

“I said, ‘He’s unarmed, he doesn’t have anything, he just gets mad and he starts yelling and screaming,’” she said. “He’s a kid, he’s trying to get attention, he doesn’t know how to regulate.”

Ms. Barton said police are supposed to de-escalate and use as minimal force as possible. Yet, footage shows police chased Linden and fired about 11 shots. Salt Lake City Mayor Erin Mendenhall promised a quick and transparent investigation, according to The Salt Lake Tribune.

“No matter the circumstances, what happened on Friday night is a tragedy, and I expect this investigation to be handled swiftly and transparently for the sake of everyone involved,” she said.

Ms. Kaiser, however, questioned the different responses when a Black person is shot or killed versus a White person.

“When you’re dealing with a Black victim, you have to move through the crap that says, ‘What was he doing? Why was he there? What was he up to?’ Most importantly, ‘Was he on drugs?’ Nobody assumed that Linden was on drugs.”

Linden Cameron’s situation has called many to question out-of-control policing that is happening across the country. How police interact with people who have mental health issues is another discussion.

“When … your child is autistic, Black, male, walking to the store to get an ice-cream, they have sensory issues where certain smells will irritate them. Certain sounds will irritate them. They may rock back and forth or have certain ticks that are just self-soothing. They may repeat or make odd vocalizations called stemming or echolalia, where they echo things,” Ms. Kaiser said. She has a 14-year-old autistic son who was diagnosed at the age of eight. She said the mere presentation of an autistic Black male is suspicious to an officer, because police do not allow Black people to maneuver the world with the same flaws as White people.

“The people who reacted the way autistic people usually react when they feel threatened results in a mother crying at a gravesite,” she continued.

Elijah McClain, a 23-year-old young, Black man died in Aurora, Colorado, last August after being reported as suspicious. Police approached him, held him in a chokehold, causing him to be unable to breathe and to vomit. When paramedics arrived on scene, they injected him with ketamine. He later went into cardiac arrest and died after being declared brain dead.

“[Police] should not be answering these calls. Every jurisdiction should have trained mental health professionals that should be able to respond and take the lead,” Ms. Kaiser said. She has worked in the mental health, disabilities and addictions field for almost 40 years.

“We need mobile crisis units with individuals who are trained, and these are the individuals who need to be answering these calls. Police officers are in crisis mode constantly, and you cannot mix a gun crisis, especially a gun crisis and a White man in our community. You can’t mix it. You can’t have that mentality,” she said. “You can’t handle situations like this from a militaristic standpoint. It does not work. It usually results in things like what happened to this young man.”

She said police need to learn nonviolent de-escalation techniques while they are still in the academy.

“There are thousands of people, including myself, that have worked in extremely high-risk areas. I’m working all over Harlem, all over the South Bronx, and I’m dealing with people who have the potential to end my life. But because I’m a trained therapeutic crisis intervention person, I know how to de-escalate, I know how to protect myself and I know when it is time to call the police,” she said.

She questioned how people walk into hospitals with serious issues and get restrained everyday without anyone dying yet police cannot safely restrain a person without guns, several officers and a knee on someone’s neck. She’s not a fan of defunding the police, but she proposed a different version of police.

“We need different categories for officers that work on things such as bias reduction, such as crisis intervention and de-escalation techniques and safe restraining techniques, officers who would rather not pick up a gun and officers who understand why you don’t have to pick up a gun,” she said.