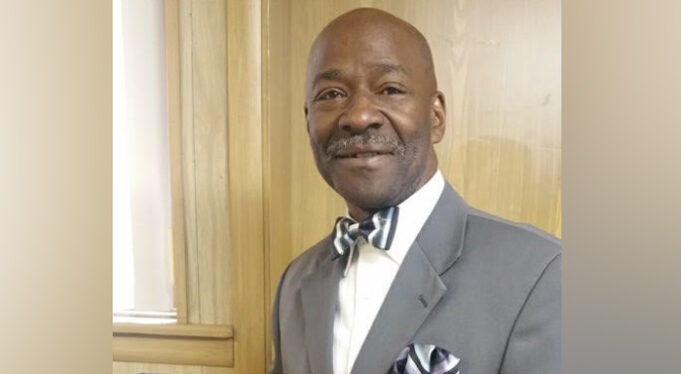 Roy Muhammad was a staple in Flint, Michigan, known for his consistency and efforts in distributing The Final Call newspaper, published by the Nation of Islam. That is what makes his shocking death from injuries sustained in a hit-and-run a tragedy, say community residents. Sixty-four-year-old Roy Muhammad passed away Sept. 18 in the hospital from critical injuries he sustained when he was struck by a speeding vehicle in Flint Township, Michigan.

According to witnesses, Roy Muhammad was distributing The Final Call newspaper as part of community outreach of the Fruit of Islam (FOI) the men of the Nation of Islam under the teachings of the Honorable Elijah Muhammad and leadership of Minister Louis Farrakhan. He was doing what he was known for doing—sharing and distributing the newspaper on Sept. 13 when a gray Chrysler 300 struck him head-on and sped off.

Michael Muhammad was there when Brother Roy was fatally injured Sept. 13 and said this is the first time in Flint history that a member of the Nation of Islam was hurt during their typical community outreach in distributing The Final Call.

“While we were talking, Brother Roy stayed out in the street and that’s when I heard a loud noise—like a vehicle hit something, and so I looked up and I saw Bro. Roy in the air,” he told The Final Call.

“It’s real rough right now but we’ve been praying,” Michael Muhammad continued. “Through the efforts of the FOI and Flint residents we were able to help the police to apprehend both suspects and they’ve seen both vehicles involved in the crash.”

According to Flint Township Sheriff Chris Swanson, the suspects are facing charges of  vehicular homicide. No further details were given.

Michael Muhammad said Nation of Islam officials like Student FOI Captain Sharrieff Muhammad of Detroit moved swiftly to assist Roy Muhammad and his family where needed, and to ensure no other FOI were in the street. The men headed to the hospital to be with their critically injured comrade.

“It is with deep sadness that we join today in mourning the death of Roy Muhammad,” said Flint Mayor Sheldon Neeley, reported on Michigan Live. “Our city has lost a great individual who worked tirelessly on behalf of his faith and whose deep commitment I admired. We send our sincere condolences to Mr. Muhammad’s family and all our friends in the Flint Chapter of the Nation of Islam. You will be in my thoughts and prayers,” said Mayor Neeley.

About 3:30 p.m. on Sept. 13 Flint Township police officers responded to Ballenger Highway south of Flushing Road for a vehicle-pedestrian collision. They arrived to find Roy Muhammad had been struck, the news outlet reported. Police reportedly believe two vehicles, a Malibu and a Chrysler were both traveling at a high rate of speed and struck Roy Muhammad. Both vehicles fled the scene, authorities reported.

By Sept. 17, police had located both the Malibu and the Chrysler and later that evening arrested a person they believe was the driver of the Chrysler, reported Michigan Live.

In a press conference, held Sept. 18 Nation of Islam members said tips they received led them to the Chrysler and tips were passed on to police, who located and impounded the car and arrested one suspect, noted mlive.com. Subsequent tips led to the arrest of a second suspect, the website reported. The names of the suspects have not been released.

Jalil Muhammad, coordinator of the local Nation of Islam study group in Flint, hearing the news of Roy Muhammad’s passing organized the study group’s weekly food giveaway as a tribute.

“The Nation of Islam has been giving away 30,000 pounds of food every week on Friday for the past three months but today, it’s a dedication to Bro. Roy Muhammad,” he told The Final Call. Mayor Sheldon Neeley, local church pastors Jeffrey Hawkins Sr. and Derrick Aldridge; Sheriff Swanson and the chief of Flint Township Police Terence Green helped distribute the food in honor of Roy Muhammad.

“Brother Roy has been in the Nation of Islam for 35 years; we call him the ‘dean of the FOI’, he was always teaching out of the Holy Qur’an, he always talked about prayer, he was a very, very studious brother in the Qur’an. … We got people asking to give donations to help out with the family,” said Jalil Muhammad.

Linda Muhammad of Flint said Roy Muhammad was always helpful and caring towards others.

“When I first came into the Nation over 30 years ago, I didn’t have a car and Bro. Roy was the first FOI to come to take me to the mosque on my second visit,” she told The Final Call.

“Bro. Roy was a dedicated soldier, he made sure everything was up to standard with the Nation and he was prayerful for others. No matter what event we had or what we were doing he would always find himself a little corner to go spread his rug out and pray, and he was always active at the meetings. …”

“He let none down. He always was there whenever they (FOI) said they were going to sell papers or whatever else, Bro. Roy was getting a ride, he was going,” she continued. “He was that one person that you could count on that’s going to ride with you, as they like to say ‘ride a shotgun with you and do whatever you gotta do.’ ”

Linda Muhammad fondly remembered Roy Muhammad’s love for coffee. “Every Sunday we said, ‘Aw, here comes Bro. Roy, get the coffee pot going because he’s coming through the door,’ and he would start cracking up laughing and give you that good, affectionate smile. That’s the kind of love we always had for Bro. Roy.”

Naba’a Muhammad, Final Call editor-in-chief expressed his condolences. “On behalf of The Final Call Newspaper, our staff, and our readers, we offer our deep condolences, love and appreciation to Brother Roy’s family. Our hearts are with them,” said editor Muhammad.

“We thank Allah (God) for him and for giving us an example of what Islam and love is which is duty. We will never forget him and the sacrifice and the love he had for our great mission.”

Roy Muhammad is survived by his ex-wife Addy Welch, son and daughter Rasul and Khadijah Welch and several grandchildren.

Donations to Roy Muhammad’s family can be made via CashApp to Rasul Welch @ $Bigroc24. Final Call staff contributed to this report.