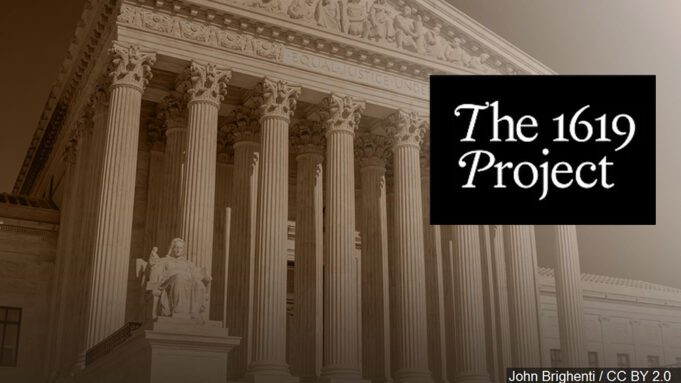 WASHINGTON—Donald J. Trump’s reelection campaign, which had already shifted to offense, from defending the president in the face of a new defection of a White House official, and two revealing tell-all books which depict him as unfit for office, shifted into high gear after the death of liberal Supreme Court Justice Ruth Bader Ginsberg.

Aided by the hypocrisy of Senate Majority Leader Mitch McConnell (R-Ky.), who declared in Feb. 2016—nine months before the upcoming election that year, and just two hours after the death of conservative Justice Antonin Scalia, that no one nominated by President Barack Obama would be confirmed until after a new president was selected—Mr. McConnell announced that whoever was nominated by Mr. Trump less than 44 days before the election this year, would be voted on by the Senate; thus shifting the focus of 2020 politics to the Supreme Court, and the opportunity for a decisive conservative shift.

But House Speaker Nancy Pelosi left open to speculation that Mr. Trump might be impeached again as an option to stop his Supreme Court pick from being confirmed. During a Sept. 20 interview on ABC News’ “This Week,” Mrs. Pelosi (D-Calif.) was asked whether she and House Democrats would move to impeach the president, or Attorney General Bill Barr in an effort to prevent the Senate from acting on a confirmation.

“We have our options,” she said. “We have arrows in our quiver that I’m not about to discuss right now, but the fact is we have a big challenge in our country. This president has threatened to not even accept the results of the election.

“When we weigh the equities of protecting our democracy, it requires us to use every arrow in our quiver,” she continued. An impeachment trial of Mr. Trump began in the Senate on January 16, 2020, and concluded with his acquittal on Feb. 5. It was the third impeachment trial of a U.S. president, preceded by those of Andrew Johnson and Bill Clinton.

“This isn’t just about Nov. 3,” former Republican Nation Committee Chairman Michael Steele warned on MSNBC Sept. 19. “This is about a process that will unfold between now and when the next president puts his hand on the Bible and takes the oath.

“I’ve been saying it from the very beginning. This is an asymmetrical game we’re in. This is not conventional politics. Stop treating Donald Trump as if he’s an actual president of the United States. He is not. He’s playing one on TV. Because let me tell you what happens. Graham and McConnell come back to the Senate. Donald Trump goes back to the White House. It’s game, set, match, baby. There’s no stopping anything,” Mr. Steele said.

In fact, Mr. Trump boasted to author Bob Woodward that he has packed the federal judiciary. In an interview with Mr. Woodward in mid-December, the president boasted that he and Mr. McConnell “have broken every record” on judges, saying the issue is the majority leader’s top priority.

“They’ve confirmed over 200 judges,” Dr. Greg Carr, chairman of the Department of African American Studies at Howard University told The Final Call. “There are no current vacancies on the courts of appeals. They’ve got 44 more of the remaining 60 some vacancies, lined up or in the pipeline” for trial judge vacancies he said.

Their agenda is crystal clear, Dr. Carr continued: “So they can maintain White nationalist terror in the legal arena for the next generation. Many of these judges are in their 40s. And so that’s (Sen. McConnell’s) agenda. Donald Trump’s agenda is Donald Trump. He just wants to continue to steal for another four years.”

The president made his biased racial agenda clear in a speech on what he described as his intention to reverse the current course of education in favor of “patriotic education.” Speaking at what was dubbed the White House Conference on American History, Mr. Trump intensified his efforts to appeal to his core base of White voters blasting efforts to address systemic racism as divisive. He said the Pulitzer Prize-winning 1619 Project “warped” the American story.

The president said the project claimed the U.S. was “founded on the principle of oppression, not freedom.” Mr. Trump said children should know “they are citizens of the most exceptional nation in the history of the world.”

He also said current curriculum on race are “toxic propaganda, an ideological poison that, if not removed, will dissolve the civic bonds,” and he continued his administration’s efforts to restrict the telling of American history in schools to erase a legacy of racism, genocide and imperialism, with the formation of what he dubbed the 1776 Commission—which so far includes no Black scholars or historians—which would encourage educators to teach students “about the miracle of American history.”

But there remains a growing list of defections of administration officials and prominent Republicans, with Olivia Troye, a former aide to Vice President Mike Pence on the White House coronavirus task force, among the most recent. She released a video charging that the president failed to protect the public from coronavirus and that he only cared about getting reelected. The White House dismissed her as a “disgruntled” employee.

For his part, the campaign of Democratic nominee Joe Biden seems to be relying on loathing for Mr. Trump as its principal campaign weapon. Mr. Biden leads the president in most national opinion polls—as did Democratic nominee Hillary Clinton in 2016. He has turned Trump stronghold states Florida and Texas competitive, and may be stronger in important Electoral College states Ohio, Wisconsin, Pennsylvania, and Minnesota, which Mrs. Clinton lost narrowly.

“Yes, Donald Trump is offensive as a human being. I mean, all the charges of sexual assault self-admitted, sexual assault, all that stuff. But this isn’t about personalities. We’ve got people who are being evicted. We’ve got people who are being victimized by Covid-19 and by the continuing racial pandemic ‘Covid-1619,’ if you want to call it that. This isn’t about whether we like how someone is dressed or whether we agree with everything that they said, this is about politics,” said Dr. Carr.

“So, does Joe Biden have a chance? I like the way Linda Sarsour describes the Biden Harris ticket. ‘They are better opponents than the Trump ticket for those of us who are progressive.’ Those of us who are for human rights everywhere, including in the United States, they are better enemies to have and by enemies, meaning better people to use,” than the Trump people, he added.

“Yes, it’s better to have Biden and (vice presidential nominee Sen. Kamala) Harris (D-Calif.) in office,” Dr. Carr continued. “Now, do they have a chance? They absolutely have a chance, but we have to do a few things. Number one, ignore the poll because we know that people lied to polls, particularly White nationalists.”