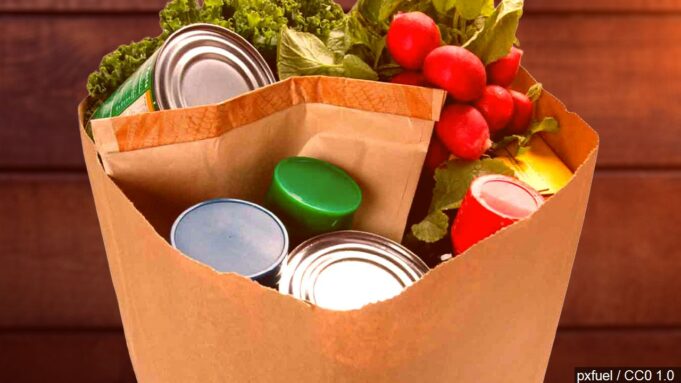 WASHINGTON—The word of Muhammad Mosque No. 4 hosting a fresh Free Food Giveaway during Covid-19 spread like wildfire throughout the District of Maryland and Virginia. “Someone told me in passing that the Mosque was giving away free food,” said 84-year-old great-grandmother Juanita White. “So, I decided that I would be first in line,” she added. Residents were asked to wear masks, practice social distancing and to stay in their vehicles for drive thru pickup service on a first come, first served basis.

On behalf of Master Fard Muhammad, the Most Honorable Elijah Muhammad and the Honorable Minister Louis Farrakhan, we thank Pennsylvania Farm for connecting Muhammad Mosque No. 4 to a local Baltimore, Maryland, pastor who donated 13 skids of fresh food, vegetables, milk, and chicken sausage.

Many residents complained about the loss of income, homelessness and unemployment due to the effects of Covid-19. As Covid-19 continues to spread across America, Washington, D.C., has one of the lowest Covid-19 rates. According to a Sept. 6, WUSA9 news report, D.C.’s percent positivity rate has now been around 2.6 percent—its all-time low—for 10 days as of August 25, the most recent date for which data is available. The District has been averaging more than 4,000 new coronavirus tests a day over the past several weeks.

“D.C. has continued to see declining numbers of Covid-19 patients in its hospitals. As of Sept. 7, D.C. health reports only 71 hospital beds in the District are now being used by coronavirus patients. The District began in August with 102 hospitalized Covid-19 patients,” continued WUSA9 News.

Beginning at 9:30 a.m., the FOI moved cars swiftly from Branch Ave., S.E., to the drive-thru, and even a few taxicabs were seen waiting to get free food. Student Minister Abdul Khadir Muhammad helped with directing traffic, while Student Secretary Dirickson Muhammad delivered food.

“Simultaneously cars were pulling up as if they were driving through a carwash. Back doors and trunks opened up to receive large boxes of fresh vegetables, milk, fruits, and chicken sausage. FOI and MGT were covering down, saying ‘one more box coming down on the right,’ explained Minister Khadir Muhammad. “It was as if Brother Aaron had the FOI and MGT drilling and we all were in very high spirits. One lady took boxes to the bus stop and jumped on the bus.  ‘Y’all got chicken sausage?’ someone asked. ‘Can I have another box?’ asked another person. The answer from the FOI and MGT, was always the same,” Student Minister Khadir continued. The answer from the Muslims was “yes ma’am and yes sir,” he shared. “It was a glorious day and one of which, the Lord had made,” said Student Minister Khadir.

Just as the drive thru food program was winding down, a person shouting from a passing car asked about bean pies, a Nation of Islam staple, and of course the FOI were able to serve them.

“The FOI and MGT worked cheerfully to serve the community and it showed in the responses that we received as we distributed needed food items,” said Brother Aaron Muhammad.

“All of this was possible because of the love, care and concern from the Honorable Minister Louis Farrakhan. He taught us to serve the community with respect. All of the members of the human family who were present expressed extreme happiness over the fresh and nutritional food choices that we offered and some even asked for seconds. There were Blacks, Whites and Latino families standing in line waiting to be served,” Brother Aaron added.