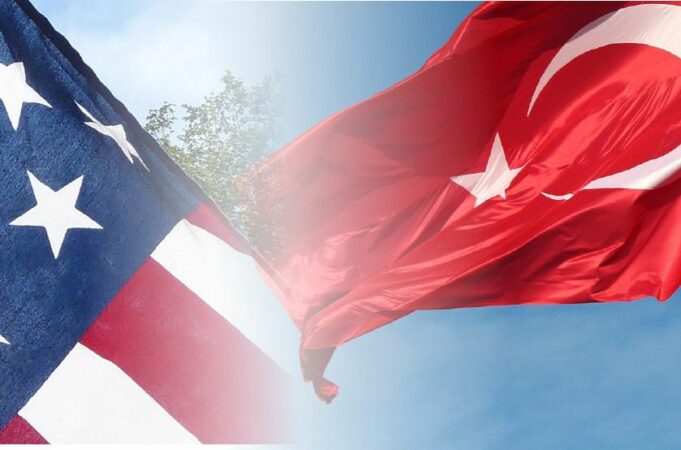 [Editor’s Note: The following text is excerpted from a message delivered by Minister Louis Farrakhan on March 18, 2001 at Mosque Maryam in Chicago. To order this lecture in its entirety visit www.store.finalcall.com or call 1-800-602-1230, ext. 200.]

In The Name of Allah, The Beneficent, The Merciful. As-Salaam Alaikum.

The message in the mouth of the messenger that comes at the end of the world condemns a whole world.  It’s not a man talking about a nation or a ruler or a king or government or a system.  This is a message that condemns rulers, all of them; systems, all of them; nations, all of them; the religions of the world, all of them.  That means that the whole world will come against that individual because nobody wants to believe that they are wrong or in error.  Everybody wants to believe that they are right. But if we were right, then we would have a significant impact on Satan’s world.  Being right in the mosque doesn’t mean anything.  Being right in the church or in the temple doesn’t mean anything. There is a world out there that needs to be conquered for God.  The real work is in the streets.

The Holy Qur’an says of the messenger, “Oh, messenger, deliver that which has been revealed to thee from thy Lord. And if thou do it not, thou has not delivered His message. And Allah will protect thee from men. Surely Allah guides not the disbelieving people.” What is Allah (God) saying to the messenger? Allah is saying, “Don’t be afraid. I know you are going to be attacked, but Me, and Me alone, should you fear. They are going to call you a liar when you say that you are My messenger. But I will bear witness that you are the messenger, but you’ve got to deliver the message. And if you deliver the message, surely I will protect you from the men that will attempt to kill you for delivering that message.”

When God comes, His presence in the world is a declaration of war. It is written that on the coming of God, He will uproot the wicked and leave them neither root nor branch. If something is plucked up by the root, it will never grow again. The clashing of these two worlds puts the people in the valley of decision. Once the truth is made known to you, then you must decide which world you want to be a part of. If Satan’s world is exposed and Satan, himself, is exposed, do you want him for your friend? You’ve got to make a decision that nobody can make for you. Your life is the sum total of the decisions that you make, and this is the most important decision in your life.

When Allah (God) comes, He is bringing in a New World. Satan is trying to hold on to his world. So the message and the messenger is what Satan will oppose with all of his power. Therefore, the messenger and those who believe in the messenger must be of a certain quality and character to be able to withstand Satan and his tremendous opposition. None of the prophets, no matter how firm they were with the message that Allah gave them, were able to keep their followers and their community from being deceived by Satan after that prophet left the world.

As long as Jesus was in the world, he kept the community together. But when Jesus left the world, the apostles did the best they could but the early church was filled with division and strife because Satan was present. After the death of Jesus and his “resurrection”, Christianity did not start again where Jesus taught and lived—in the tiny state of Palestine that is now called Israel. It started again in Rome in 325 A.D. when the rulers got together to decide what they would believe in, and out of that came the Nicene Creed.

So the Christian house is divided. Who divided you after Christ came to unite the followers under the Gospel? Satan divided you.

What about the Muslims? The community of Muhammad was beautiful while he was in the world. But even while he was in the world, the seed of satanic minds was among some of his followers. Satan could not win while Muhammad was present, but after he was gone the community became divided. And the Holy Qur’an teaches, “And they did not become divided until after knowledge came to them. And they became divided due to envy.”

I know there are sincere Muslims all over the world, as there are sincere Christians who want the purity of that faith and really are disturbed at what they see and hear going on in the name of Jesus. I respectfully say to Christians that Jesus would be classified as homophobic in today’s world because Jesus said that he wouldn’t admit the effeminate into his Kingdom, neither the liar, the adulterer nor the fornicator. His kingdom is going to be righteous. That means if we are doing those things, we’ve got to clean ourselves up. Jesus said, “wash and be clean.” Dirty people can’t claim Jesus. I don’t mean just dirty on the outside. The real filth and the real dirt is the dirt that is on the heart of those who claim to worship Almighty God.

Christians, Jews, Muslims, Buddhists, Hindus, all have deviated from the original path. Satan has devoured the entire world, but there is a remnant that Satan has not overlooked, he just has not been able to get them. And out of that remnant, Allah will take over the world and rule it again forever.

Satan was given a season and a time to do his work and, according to the Bible, he was given six days, but on the seventh day he would have to rest from his labor. The Bible teaches that a day with the Lord is as 1,000 years. So, for six thousand years Satan will rule. Again, the Bible teaches that God’s rule comes after the working of Satan. After! If Satan is going to rule for 6,000 years, then we can’t look for God’s presence in the world until the time of Satan’s rule is up.

Don’t you want to see a change in the people in your community, synagogue, church, mosque, that when you walk among your own people that claim they believe like you, that you can feel the presence of God? Don’t you want to feel that when you come out of your house with your babies, that you can walk the streets of your community without fear that some foolish person will drive by and kill your babies because of gang warfare. Satan rules the streets, but you want to see a change. That means that you have to make a decision to accept that truth that will give you the power to go back from here, or from the church, or from the mosque, and start in your house and change your family. You must start in the community and begin changing the people from Satan’s way to God’s way. After a while, when you look around Satan will be leaving and God will be coming in. And before you know it the whole spirit in the community will take on a change.

To be continued, Insha Allah.