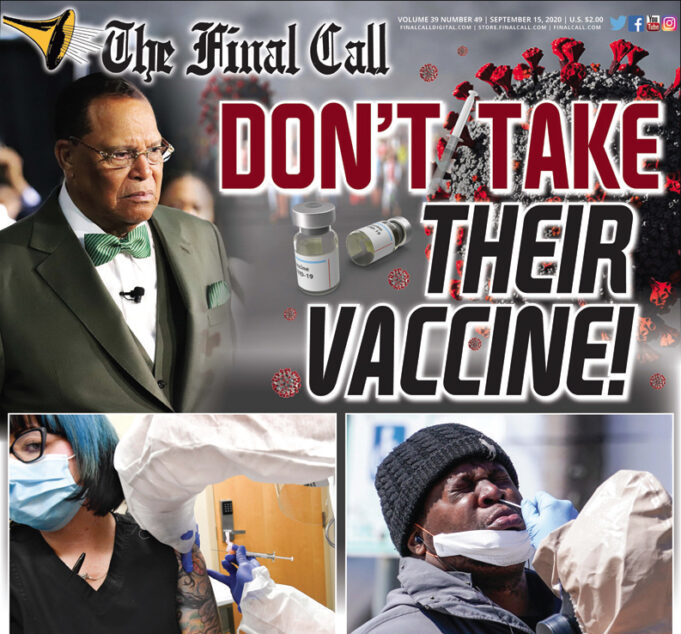 Prove all things; hold fast that which is good.
1 Thessalonians 5:21

The ability of President Trump to lie knows no bounds and his lies have consequences. Recent revelations, including the president in his own words, prove the president knew early on about the seriousness of the Covid-19 pandemic and how deadly it could be.

The truth came out in interviews the president had with journalist Bob Woodward for his book “Rage.” Mr. Trump told the book author Covid-19 was deadly serious, but downplayed its severity in the public.

The president, in a February book interview, privately admitted the coronavirus was more deadly than the flu.

When initially caught lying, the president declared he told two different tales to keep the country from panicking. But as one CNN commentator noted, the president’s ability to inspire fear and panic is a hallmark of his political career and tools he uses daily in his obsessive quest for reelection.

Mr. Trump’s early lies help explain why he has continued to lie about Covid-19. He needed to be consistent. And he was determined not to do anything publicly that would hurt his chances for reelection.

Anything that denoted Covid-19 was serious, like wearing a mask, was another threat to him.

So today there are literal fights, assaults and armed protests as Trump supporters declare mask wearing a serious affront to their rights. Sadly, experts have said that widespread wearing of masks could save thousands of lives and help stem the pandemic.

Presidential lies about Covid-19 are especially important to Black people in America. Some 6.4 million people were infected with the Covid-19 virus with nearly 200,000 deaths at Final Call press time. Blacks account for about 30 percent of deaths related to Covid-19 and are more likely to be infected with the virus, according to health officials. That includes susceptibility among young and old.

“Hispanic and Black children in particular were much more likely to require hospitalization for Covid-19, with Hispanic children about eight times as likely as White children to be hospitalized, while Black children were five times as likely,” reported NPR. “Despite persistent rumors that children are ‘almost immune’ from the virus, the analysis of 576 children hospitalized for the virus across 14 states found that one out of three was admitted to the ICU—similar to the rate among adults,” NPR added.

Kaiser Health News reported, “Older Black Americans more likely to die from Covid-19 than any other group.” “A KHN analysis of data from the Centers for Disease Control and Prevention underscores the extent of their vulnerability. It found that African Americans ages 65 to 74 died of Covid-19 five times as often as Whites. In the 75-to-84 group, the death rate for Blacks was 3 1/2 times greater. Among those 85 and older, Blacks died twice as often,” said Kaiser Health News.

Where Blacks work contribute to their increased risk during the Covid-19 pandemic. “Blacks were nearly three times more likely than whites to work in healthcare support jobs such as nursing assistants or orderlies. They were twice as likely to work in transportation roles such as bus drivers, movers and taxi drivers,” said Health Finance News.

Our people are exposed to and dying from a disease that the president lied about and has yet to respond effectively to. He continues to lie, deflect and deny the truth of his failures and fails to take some level of responsibility for unnecessary loss of life—especially Black life.

But there is another side to these failures, if Mr. Trump knew early on, who else knew? Who briefed the president? Why didn’t any of these “good Americans” speak the truth when lives were at stake?

Why does this matter? It matters because everyone should be held accountable for what they did and did not do to save lives during this pandemic. And we are told during a politically motivated, lightning speed, almost unprecedented development of a Covid-19 vaccine that we should trust people and systems under presidential control. Yet people and systems failed to warn us early on.

Can they be trusted today? Emphatically not.

Millions of Americans are telling pollsters the White House-driven vaccine rush is tainted by politics and vowing not to take any vaccine or not to take a vaccine until after seeing how it works out for others. The lack of public confidence and skepticism is growing.

The president admitted during a radio interview with Geraldo Rivera to “rushing” and “pushing” a Covid-19 vaccine that would be ready “right around” election time Nov. 3. “ ‘I’m rushing it. I am. I’m pushing everybody,’ Trump told radio host Geraldo Rivera. ‘If you had another president, other than me, you wouldn’t be talking vaccines for two years,’ ” Business Insider reported Sept. 2.

This president pushed the federal Food and Drug Administration to fast track hydroxychloroquine as a therapy as well as blood plasma for Covid-19. Both of these were ultimately rejected.

Even a pro-vaccine researcher admitted during a discussion of Blacks and the Covid-19 crisis that he believed the FDA and the Centers for Disease Control had been compromised. The FDA commissioner is a Trump political appointee. Will he go against his bosses wishes and political designs by rejecting a vaccine if the research says it is unworkable or unsafe? We have seen the president replace people who don’t march in lockstep with his desires. That’s his track record.

But there is another man with a much different track record who is giving us warning and guidance: “I say to my brothers and sisters in Africa, if they come up with a vaccine be careful. Don’t let them vaccinate you with their history of treachery through vaccines, through medication. … I say to those of us in America, we need to call a meeting of our skilled virologists, epidemiologists, students of biology and chemistry and we need to look at not only what they give us, we need to give ourselves something better,” said the Honorable Minister Louis Farrakhan of the Nation of Islam, in a major July 4 address, “The Criterion,” from his home in Michigan.

“I’m speaking for Black America, for Hispanic America, for the Native American and for those who are desirous of life. They’re making money now plotting to give seven billion five hundred million people a vaccination. Dr. Anthony Fauci, Bill Gates and Melinda, you want to depopulate the earth? What the hell gives you that right? Who are you to sit down with your billions and talk about who can live and who should die? That’s why your world is coming to an end quickly because you have sentenced billions to death. But God is now sentencing you to the death that you are sentencing to others,” he said.

Follow divine guidance, it can save your life today.