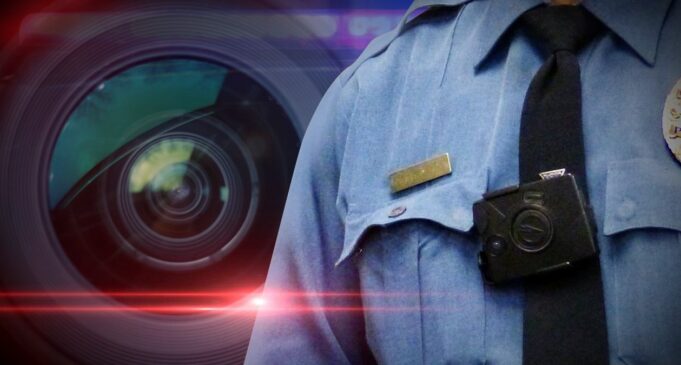 Police bodycam footage recently surfaced, showing the events leading up to Mr. Muhaymin’s death outside of Maryvale Community Center in Phoenix, Arizona, on the morning of Jan. 4, 2017.  Footage begins with Mr. Muhaymin’s request to use the community center’s restroom. He’s holding his service dog, a Chihuahua named Chiquita. There was a dispute on whether he could enter the bathroom with the dog, and police were called to the scene. The video includes Mr. Muhaymin calling for Allah, the Arabic word for God, and an officer responding, “He’s not going to help you right now.” It also includes Mr. Muhaymin saying “I can’t breathe” at least three times and him vomiting before he dies.

“The city of Phoenix and the Phoenix police targeted my brother for his race, they mocked him for his religion and disability, and then brutally killed him. Muhammad Muhaymin, Jr., was a man—a man with a family who loved him,” said Mr. Muhaymin’s sister, Mussalina Muhaymin, in a statement by Muslim Advocates, a civil rights organization for American Muslims. “He was attacked and suffocated by Phoenix police in a wanton, malicious and depraved manner for nearly eight minutes as he cried ‘I can’t breathe’ until his death. The city and county have taken no action to hold the responsible officers accountable for the brutal murder.”

“The lack of any criminal action is a constant reminder to our family that black and brown people’s lives and rights are not valued by the politicians and public servants of Maricopa County and the city of Phoenix,” she continued. “Every action we have to take to demand justice reminds us of these inequities and re-opens our wounds.  We implore Mayor Gallego and County Attorney Adel to hold the responsible officers accountable and to demonstrate that the lives of religious and racial minorities have value.”

David Chami, the family attorney for Muhammad Muhaymin who helped the family file a civil lawsuit, noted to The Final Call the comparisons between George Floyd, who died in Minneapolis, Minn., after a former officer knelt on his neck for almost nine minutes, and Muhammad Muhaymin.

“I think what’s been happening across this country and the footage of what happened to George Floyd really sparked national outrage. What I think is crazy is obviously Mr. Muhaymin’s death was very similar to that of Mr. Floyd,” he said. “The only difference was the bodycam footage is not as easy to see what’s happening as the cell phone footage was of George Floyd’s death. But the amount of time that the officers sat on Mr. Muhaymin’s head, neck and back was identical to the amount of time that they sat on Mr. Floyd’s body and head.”

Nation of Islam Student Minister Abdul Iman Muhammad of Mosque No. 32 in Phoenix said he remembers the incident when it happened, and watching the video made his blood boil.

“It was extra force that led to murder. They murdered that young man for no reason,” he said. “He constantly said he was in pain. He couldn’t breathe. They may have broken his arm. They tried to break his arm, in handcuffing him the way they handcuffed him and restraining his legs and all that kind of stuff. It looked like murder to me.”

The Phoenix Police Department is saying that they did not mock Mr. Muhaymin’s plea for Allah. “In fact, the officers did not mock or target Mr. Muhaymin based on his religion, race, or any other factor,” a department spokesperson has told multiple media outlets via email. “When Mr. Muhaymin is heard to say, ‘Please Allah,’ the officer responded, ‘Allah? We’re trying to help you right now dude, so relax.’ ”

According to a lawsuit Mussalina Muhaymin filed in December 2017, Mr. Muhaymin, who was 43 years old, suffered from post-traumatic stress disorder, acute claustrophobia and schizophrenia. He had the dog to help with his mental health struggles.

“When Muhaymin attempted to use the restroom facilities at the community center, he was refused entry by Defendant [Antonio] Tarango because of Chiquita,” the lawsuit reads.

After Mr. Muhaymin and Mr. Tarango argued and “chest bumped,” the Phoenix Police were called and arrived on the scene shortly after. One of the officers, Officer Oswald Grenier, asked to see Chiquita’s documentation as a service dog. The lawsuit says Mr. Muhaymin was permitted to enter the restroom after he provided identifying information.

“While Muhaymin used the restroom, officers found he had an outstanding warrant for missing a court date on misdemeanor possession of a marijuana pipe—a charge he received after being stopped for jaywalking the prior year,” according to a letter by Muslim Advocates and Poder in Action, an organization working to dismantle systems of oppression in Arizona.  Officers then proceeded to arrest him.

“Muhammad was nonviolent and non-confrontational, yet at least four officers from the Phoenix Police Department ripped his dog from his arms, got on top of him, seriously injured him, and finally choked him to death as he cried out ‘I can’t breathe!’” says a statement on justiceformuhammad.com, a website set up to mobilize people into action.

“The investigation that was undertaken back in 2017 failed miserably to really take a deep dive or a look into the officers’ conduct. The detectives who did the interviews, the questions that they asked, the way that they asked them, were very leading, almost as if they had already determined that no wrongdoing had been committed,” Mr. Chami said.

“However, we have since taken depositions of the police officers who were involved, and those officers admitted that Mr. Muhaymin had not been violent or aggressive with them in any way. He did not strike them in any way. He did not swear at them. Some of the officers even sort of described his resistance as what’s called ‘passive resistance,’ which is as limited resistance you could have,” he continued. “He just wasn’t complying to their verbal command, and that type of force that was used for somebody who was passively resisting is, in our view, uncalled for.”

He said officers were aware that Mr. Muhaymin had mental health issues.

In the wrongful death lawsuit against all 10 officers, Mr. Tarango and the city of Phoenix, Ms. Muhaymin is asking for $10 million.

“She has no financial interest in the outcome. Any monetary settlement or any monetary judgment would go strictly to Muhammad’s children. He has a 14-year-old daughter, Amirah, and a 26-year-old son, Muhammad the Third,” Mr. Chami said.

He said in addition to monetary relief, the civil lawsuit is also seeking that the police make changes in their training and admit wrongdoing.

They are wrapping up the discovery phase of the lawsuit and hope to go to trial next year.

The letter convened by Muslim Advocates and Poder in Action, signed by 61 local Phoenix organizations and national organizations, is calling for Maricopa County Attorney Allister Adel and Mayor Kate Gallego to hold officers accountable for Mr. Muhaymin’s death. They are calling for a special criminal prosecutor to investigate the murder and for all of the officers involved to be fired and arrested.

“Some of the last words Muhaymin ever heard were the police mocking his desperate plea to God as they forced the life out of his body. It’s indefensible that Mayor Gallego and County Attorney Adel allow these officers to continue policing communities in Phoenix,” said Scott Simpson, the public advocacy director of Muslim Advocates, in a statement accompanying the letter. “They were not in charge when this murder happened but they’re in charge now. This new footage makes clear that these officers must be fired, charged and arrested immediately.”

Minister Abdul Iman Muhammad pointed out the difference between how police treat Black people and how they treat White people.

“Dylan Roof, who killed nine people at the church, they took him to get a burger. There was one photograph I saw where this White man had shot up some people. He’s on the ground handcuffed, but the cop is giving him water,” he said. “And then the incident in Kenosha, Wisconsin, where the 17-year-old kid with an automatic weapon shot and killed two people, and he throws his hands up and the police don’t even arrest him. The police walk right by him. So it’s clearly a difference in the way that the police react to people who are Black, who are suspects versus those who are White who have openly committed a crime.”