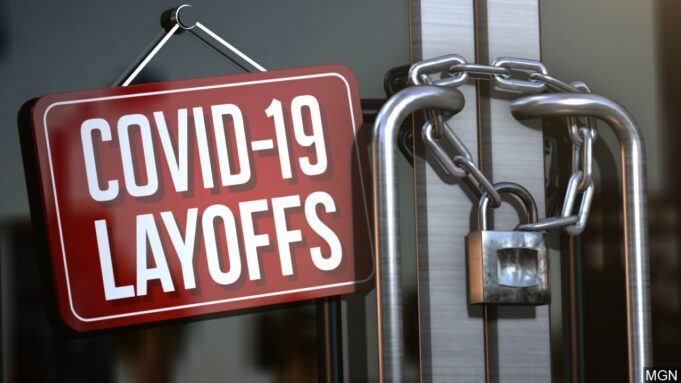 Job cuts announced by U.S. employers have hit nearly two million so far this year, with the entertainment industry accounting for 40 percent of total layoffs, according to global outplacement firm Challenger, Gray & Christmas.

In its report published on Sept. 3, the company said that last month’s layoffs in the U.S. were down 56 percent from July, but still 116 percent higher than at the same period one year ago. August job cuts of nearly 116,000 lifted the total number of this year’s layoffs to 1,963,458. The number has already broken the previous record for the whole of 2001, when U.S.-based employers announced a total of 1,956,876 cuts.

Most of the jobs—nearly 800,000—vanished from the entertainment sector so far this year, followed by firms operating in retail and services. In August, entertainment and leisure companies, including bars, restaurants, hotels, and amusement parks, posted the second-highest number with 17,271 job cuts.

Air and transport companies downsized their staff even more last month. According to the report, 26,545 job cuts were announced in the struggling sector—59 percent lower than in the previous month, but 647 percent higher than in August 2019.

The leading sector for job cuts last month was transportation, as airlines begin to make staffing decisions in the wake of decreased travel and uncertain federal intervention,” said Andrew Challenger, senior vice president at Challenger, Gray & Christmas. “An increasing number of companies that initially had temporary job cuts or furloughs are now making them permanent.”

The coronavirus pandemic is still battering the U.S. labor market. According to the latest Labor Department data, seasonally adjusted initial claims for jobless benefits for the week ending August 29 stood at 881,000. While it is around 130,000 down from the previous week’s totals, it is only the second time the number of new jobless claims dropped below one million since the pandemic hit in March. (RT.com)