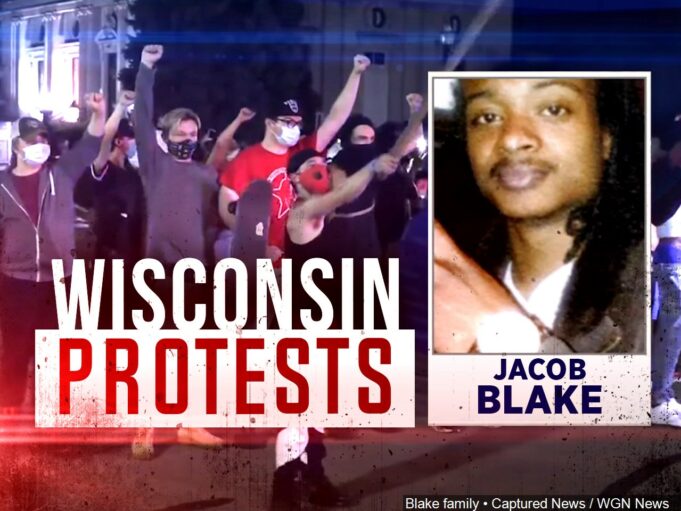 After being viciously verbally pummeled by Donald Trump, the Democratic Party’s champion, Joe Biden, responded to the president’s declaration that the former vice president was soft on crime and the country, especially safe, White suburbs would be overrun by out of control Black hordes of looters and criminals, if Mr. Biden was elected.

Speaking Aug. 31 from Pittsburgh, Mr. Biden shot back to the president, condemning him for fanning the flames of racism and violence in America and pitching a vision of future anarchy, while violence is played out with the Trump administration in charge.

He rightly declared the role of the president should be to pull the country together in a time of crisis, not pull it further apart. He also rightly declared what the Trump administration has already admitted, more chaos and violence is good for their chances to win reelection.

“Do I look like a national socialist with a soft spot for rioters?” asked the architect of the 1994 federal Crime Bill that helped feed mass incarceration and devastation in Black neighborhoods.

America can do more and common thread for the country needs to be a president who understands everyone is born with the right to life, liberty and the pursuit of happiness, said Mr. Biden. People are afraid of dying from Covid-19, losing jobs and other questions about the future, he added.

“Donald Trump looks at this violence and he sees a political lifeline,” said Mr. Biden. The reality show president can’t run on his record and has no second term agenda, he said.

Mr. Biden’s criticism of the president is spot on along with Mr. Trump’s refusal to condemn right-wing militias, White supremacists and vigilantes. But Mr. Biden’s response to the current crisis also bears scrutiny and justice will require more than just bringing those calling for racial justice and police officers to the same table.

Mr. Biden’s call to examine hearts and heal also isn’t enough. Hearts and minds may never change but policy that brings punishment, prison and consequences are needed for bad policing.

After all, aren’t these the same tools demanded when dealing with so-called looters and lawbreakers? Crime under the color of law actually isn’t better but worse as it harms and erodes trust that erodes public safety. Bad cops are criminals and they should not be coddled. Will Mr. Biden make that clear and use strong language and call for accountability and punishment for killer cops and abusive cops?

Mr. Biden must also confront powerful police unions who defend bad cops, bully city officials and push for contracts and state laws that protect their members at all costs. It’s fine to condemn the lawlessness of looting and riots, but lawless police officers must be condemned with the same vigor.

And there is now talk that Black men need to turn out in Obama-like numbers for a strong Biden victory. Should they? The Democrats spent considerable time during their convention appealing to White “moderates,” White “Republicans” and White folk in general.

But fear of a white sheet politics should not be enough to get Black support.

The Washington Post reported Aug. 25, “For Democrats, who rely on Black voters to power their electoral advantages in America’s urban centers, the difference between good and great Black voter turnout is often dependent on how many Black men go to the polls. Black women are the party’s most loyal demographic base—often referred to as its backbone—but motivated Black male voters were a crucial distinction between former President Barack Obama’s record-setting Black turnout in 2008 and 2012 and the diminished performance of Hillary Clinton in 2016. In states like Wisconsin, which was decided in 2016 by less than 23,000 votes, that dip was one of the causes of a Democratic night to forget, proof that the nominee had problems motivating the base, not just among swing voters.”

“According to the Pew data from 2016, Black men vote at comparable rates to other minority groups. Even for Mrs. Clinton in 2016, Black turnout returned to its levels during the pre-Obama Democratic Party, not a drop-off that was historically unprecedented,” said the Post.

If Mr. Biden wants the Black male vote, he should be working for it. He is supposed to serve voter interests not the other way around. Mr. Obama’s campaign was historic and the Black base turned out for him.

Could Mr. Biden take a major stand with a commitment to have the Justice Dept. go all out in seeking to prosecute cops who unjustly shoot Black men down in the streets? How about a Biden declaration that the Justice Dept. will pursue these murderers to the full extent of the law? We are dying out here. What is Mr. Biden willing to commit to? He’s already on board not defunding police so what action will he take? Talking about community policing and “rebuilding” trust that never existed and is not the answer. It didn’t work under Mr. Obama and it won’t work now. We need action. We just saw a Black man get shot at least seven times in the back for nothing in Kenosha, Wisc.