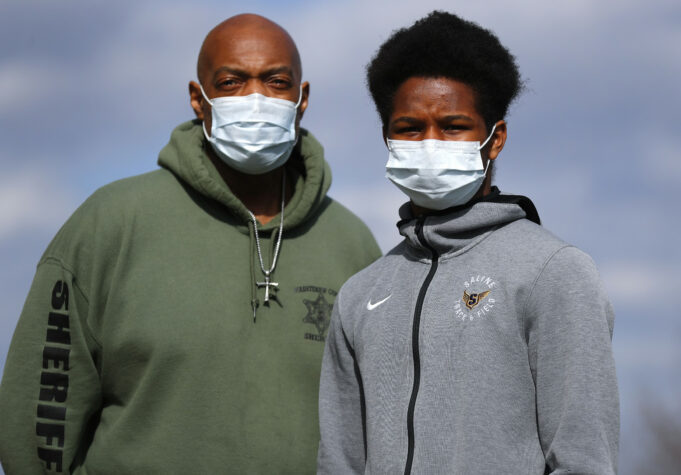 America’s economic situation has substantially deteriorated since the onset of the Covid-19 crisis, and families across race and ethnicity feel the pain, according to a new report from the Brookings Institution, which notes that the coronavirus now stands as the third leading cause of death among Blacks.

“If I told you on January 1 that a new virus that we did not even know about would, in August, be the third leading cause of death for Black Americans, our hair should have been set on fire and we would have an extensive public policy response to this unprecedented pandemic,” noted Trevon Logan, professor of economics at the Ohio State University.

“In 2020, more Black Americans will die of Covid-19 than will succumb to diabetes, strokes, accidents, or pneumonia. In fact, Covid-19 is currently the third leading cause of death for African Americans,” researchers Logan and Hardy concluded.

Among the reasons for the disparity is that Black Americans are more than twice as likely as the average worker to be employed in the healthcare support service industry, which has been decimated by Covid-19 in assisted living facilities and nursing homes.

Blacks are also significantly overrepresented in the personal care and service and food preparation industries, which are disproportionately essential worker industries, the authors discovered.

“Black Americans also comprise more than a quarter of the meatpacking industry’s frontline workforce, which has seen several outbreaks of Covid-19. Among those out of the labor force, the outbreak of the virus among the incarcerated has a disproportionate racial impact as well, given the overrepresentation of African Americans in the prison population,” report authors Logan and Hardy wrote.

Additionally, on average, Blacks share their living quarters with more people. While only 48 percent of White households have three or more members, more than 58 percent of Black households do, the authors noted, citing a 2013 Pew Research Center study.

“This increases the scope for exposure to Covid-19 in living quarters for Black households. For nearly all of the health conditions that increase the likelihood of serious Covid-19 complications, African Americans have higher rates of prevalence, according to the Centers for Disease Control and Prevention,” researchers Logan and Hardy said.

For example, Blacks are more likely to have cancer, be obese, have diabetes, and have kidney disease relative to White Americans. Black Americans also have higher rates of lung disease than White Americans, which is particularly pertinent for respiratory illnesses such as Covid-19.

Death rates among Blacks due to diabetes, heart disease, kidney disease, and obesity are all higher than among White Americans, according to the CDC.

The authors summarized the report by noting that America’s economic situation has substantially deteriorated since the onset of the Covid-19 crisis.

According to the Bureau of Economic Analysis, the gross domestic product fell at an annualized rate of 32.9 percent from April to the end of June 2020. It’s the most significant decline on record.

Families across race and ethnicity are feeling the pain, but Black Americans are generally in an even weaker position to absorb this economic adversity, the authors said.

Further, Black families face a range of economic risks without the buffer from stable employment, adequate earnings, or sufficient savings and wealth accumulation.

“Amid substantial economic and policy uncertainty, there is the potential for this crisis to have negative, long-term economic and educational consequences. Covid-19 has exposed and further highlighted existing racial inequality across economic and health status,” the authors wrote.

“As a result, these preexisting factors have left many Black families at greater risk to bear the consequences of this historic economic crisis. Inadequate, additional federal economic relief, such as legislation that does not provide enough unemployment assistance and supplements to the safety net, potentially threatens Black families’ economic security.

“Ultimately, robust, reliable fiscal policy responses to the crisis will help to reduce the negative impacts of the pandemic on families. If the economic and public health crisis continues at its current pace, many American families will require such assistance, including a disproportionate share of Black families.”