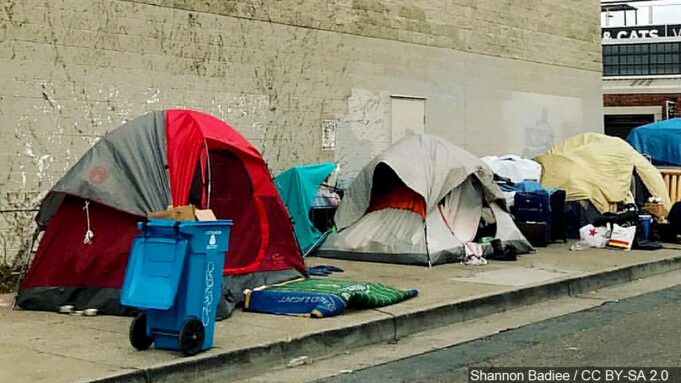 California’s extended moratorium on evictions is helpful, but advocates say the short-term, temporary fix is not enough to keep people off the streets and out of homelessness.

The California Judicial Council’s Legal moratorium on evictions for nonpayment of rent, implemented in early April was scheduled to expire  on Sept. 1.

An executive order issued by Governor Gavin Newsom late June was set to expire on Sept. 2, but was extended to Sept. 30 to minimize evictions to reduce the spread of Covid-19 in vulnerable populations by allowing those most vulnerable to the disease to self-quarantine, self-isolate, or otherwise remain in their homes to reduce transmission, he explained.

“If people are evicted from residential units, where are they going to go?  This is a dangerous time to be out on the street, and to me it’s a dangerous time to try to get new tenants. You’re exposing yourself to people. I think it’s better and just to keep people where they are,” stated human rights Attorney James Simmons.

He told The Final Call there are a lot of programs for landlords that need relief due to lack of income and various arrangements can be made. “I think it’s a bad risk for landlords to evict. In any case, and I know, if people don’t pay rent, get them out! But if you follow that business model, I think it would actually cause misery for those landlords, because who are they going to replace them with,” Atty. Simmons stated.

Aid could come via Assembly Bill 1436, which would enact the Covid-19 Tenant Relief Act of 2020, and stop evictions for tenants impacted by Covid-19 through April 2021. Sponsored by Assemblymember David Chiu (D-San Francisco), it passed the Senate Judiciary Committee on Aug. 18. It must pass the Senate Appropriations Committee and the full  State Legislature.

The bill would prohibit renters from being evicted for non-payment of rent by giving them an additional 12 months from the Covid period before a landlord can seek a civil action to collect rent owed, but those civil remedies would not include eviction, according to Assemblymember Chiu’s press announcement.

“That’s like living a year with a gun to your head, if  you haven’t paid rent for the last three months because you don’t have a job,” said Adam Rice, human rights organizer with LA-CAN (Los Angeles Community Action Network), based downtown L.A. near the massive Skid Row homeless community.

The bill encourages agreements between renters and landlords so that legal, civil action is unnecessary.  “During the Covid period and the subsequent year, renters are allowed to pay back their landlords if they are able to in order to resolve the situation early,” it said. It also mandates that renters keep up with their current monthly rent after Covid ends, or face eviction if they do not. Any government subsidies received by landlords from a rental assistance program would be deducted from rent owed.

According to the National Alliance to End Homelessness, 129,972 people are homeless across the country on a given night.

“Well before the Covid-19 pandemic, Los Angeles was a hotspot of growing homelessness and severe housing insecurity for renter households. A stark manifestation of race and class inequality, this crisis is now set to get much worse,” declares a recent study by the UCLA Luskin Institute on Inequality and Democracy.

According to “UD Day: Impending Evictions and Homelessness in Los Angeles,” authored by Gary Blasi, professor emeritus at UCLA Law, a surge in evictions and homelessness will follow the lifting of Covid-19 emergency orders.

That devastation could have been avoided, through robust tenant protections, rent relief, and eviction moratoria at local, state, and federal levels of government, argued the report.

The study focused on the precarious or uncertain state of housing for workers in Los Angeles County who are unemployed and have no replacement income. It found among other that approximately 599,000 workers who lost their jobs early May and have no unemployment insurance or other income replacement.

Approximately 449,000 of them live  in  about  365,000  units  of  rental  housing  and  have  long  been  bearing  the  second heaviest rent burdens of all the urban areas in the United States. In addition, those facing  eviction  will  be  heavily  concentrated  in  communities  and  neighborhoods with larger percentages of low-income people of color.

“There is no evidence that state or local leaders have begun to plan for what now appears to be an inevitable intensification of what was already a humanitarian crisis. Without intelligent planning and immediate action, Los Angeles faces the prospect  of  many  thousands  of  people,  including  families  with  children,  joining  the  thousands  already  on  the  streets  or  living  in  their  vehicles,” wrote Prof. Blasi.

“The report recommends opening vacant hotel rooms or many of these hotels that have gone out of business because they have haven’t been able to open up,” said Mr. Rice. In addition, it calls for reducing the number of evictions filed, expanding rapid rehousing for those evicted, and give tenants a chance to defend themselves while staying in their homes.

The city of Los Angeles allocated $103 million in a rent relief program to help tenants and landlords affected by the health pandemic. But that went fast, but not far, Mr. Rice and other activists argued.

The money will be paid directly to landlords on tenants’ behalf.  The five-day application period ended mid-July.