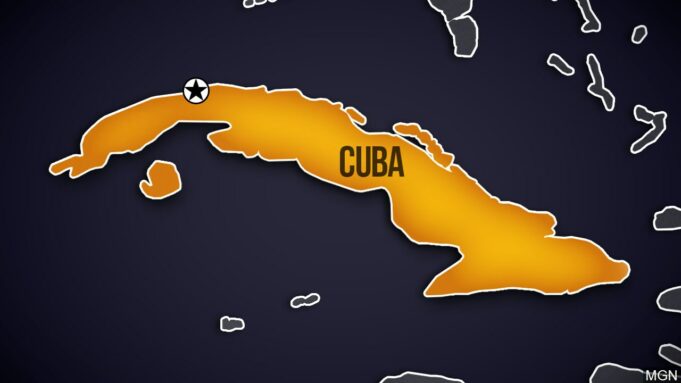 During a phone interview with Africa Watch, Dr. Melissa Barber, the program coordinator of Cuba’s Latin American School of Medicine program and IFCO Passage for Peace, said of the island nation’s 11 million inhabitants it has registered only 88 Covid-19 deaths and 3,482 confirmed cases since the March outbreak of the pandemic.

Compare this with the United States. With a population of 328 million, the country since March has registered 5.5 million confirmed cases with 173, 490 deaths.

This obvious wide disparity between the percentages of Covid-19 deaths in Cuba and the U.S. suggest, at least when it comes to medical care during a pandemic, the small under-U.S.-sanctions-country must know something.

The San Francisco Board of Supervisors thinks so. On July 21 the city on the Bay unanimously passed a resolution calling for the U.S. to cooperate with Cuba in the fight against Covid-19. At a time when the federal and many state governments were failing to curb the pandemic, the resolution noted that the U.S. can “save lives by entering into medical and scientific collaboration with Cuba.”

Dr. Barber, a medical doctor and a health care activist, who had earlier during the same day, along with five fellow Cuba medical school graduates, participated in a live video discussion about the pandemic, faults the Trump administration for breaking with diplomatic relations with Cuba established during the Obama administration.

“We know the aggression and the history that the U.S. has taken against Cuba, from the longest time. So this is the kind of history always repeating itself. Our government is always taking a stand against people of color. And so, this is nothing more than just that,” she said.

What is the source of Cuba’s low Covid-19 infection rate and why have countries including China, Italy, Germany and countries in Africa requested Cuba’s assistance?

It has to do with the fact of Cuba’s very early entry into the biotech industry. According to University of Glasgow lecturer, specializing in Latin America and Cuba, Helen Yaffe, this entry into the biotech industry allowed the Island nation to harness international expertise and develop medicines to fight dengue fever and meningitis. “One of these,” Yaffe writes, was Interferon Alfa 2B, (which) is now being used to combat the effects of Covid-19.”

Cuban Interferon Alfa-2B has proven effective for viruses with characteristics similar to those of Covid-19. Cuban biotech specialist Dr. Luis Herrera Martínez explains that “its use prevents aggravation and complications in patients, reaching that stage that can ultimately result in death.”

Since the early 1980s Cuba has invested over one billion U.S. dollars in developing biotechnology programs. From these early developments the socialist country developed a highly successful healt hcare system, with its focus on global health care outreach and state of the art drug development facilities, reported data science and drug development writer Ellie Harris.

Even though the use of Interferon 2B to mitigate the effects of Covid-19 is known around the globe, the Trump administration has refused to allow sale in the U.S. or even testing of Interferon and other Cuban-made drugs. In fact, rather than promote scientific exchange, reports 48Hill.com, “the Trump Administration has stepped up attacks on Cuba’s medical system, particularly the 28,000 Cuban medical workers working in countries around the world.”

Supervisor Hillary Ronen, who sponsored the San Francisco resolution, has said that Cuba’s sophisticated pharmaceutical industry has developed important drugs that should be available in the U.S. “Cuba is among the top countries that found effective treatments for Ebola and Swine Flu,” she said. “Limiting cooperation with Cuba makes no sense.”

And even though Cuba’s textbook fashion of handling of the pandemic, through contact tracing and isolation of potential asymptomatic carriers of Covid-19, has become the envy of much of the world, U.S. with its health professionals expecting a second Covid-19 wave, fails to seek available help just 90 miles off its shores.

And with the world in a race to develop a coronavirus vaccine, Cuba announced it is kicking off clinical trials.

According to Cuba’s media service the country is kicking off clinical trials of a potential coronavirus vaccine called “Soberana 01” (Sovereign 01) developed by its state-run Finlay Institute, with results due in February.

The potential coronavirus vaccine will be delivered in two injections during the trials that will involve 676 people aged between 19 and 80 years and conclude on Jan. 11. The island nation prides itself on its biopharmaceutical industry, begun by former leader Commandant Fidel Castro, which could be a hard currency earner and already produces several vaccines.

Concerning Cuba becoming a campaign issue, especially in light of Joe Biden, the Democratic Party nominee for president and Barack Obama’s vice president, supporting the move to open up diplomatic relations, Dr. Barber said: “Unfortunately when you discuss Cuba in the media when it comes to the politics you get derailed. So I doubt Mister Joe Biden in spite of what he should be doing in terms of …  putting on the table and opening up normalization of relations, and all that other stuff, (which) is what many of us has wanted for so long. I’m not sure if that will be on the priority agenda.”

Discussing “Cuba Medical Cooperation Resolution,” Dr. Barber, who was a part of Cuba’s medical brigade in Haiti during an earthquake, explained, “The Saving Lives Campaign developed during this whole Covid-19 crisis.” She said, it envisions the U.S., Cuba and Canada in “collaboration to fight against COVID-19.”

“So many of the solidarity groups here in the United States and Canada got together and said why can’t we get this medicine here? Why can’t we benefit from the same protocols that Cuba is using to keep its (Covid-19) numbers down?” she asked.

The idea was to do exchange, “including medical, clinical, scientific collaboration that would allow these medical brigades to be here, that would allow us to actually exchange the information that is going on so that we can save lives,” she said.

There is a website that has been created where people can sign onto the campaign. Dr. Barber said, We’re asking cities throughout the U.S. to pass resolutions, county and state governments, labor unions to support the medical collaborations.

“All these different things in this campaign that we want people to be aware of. More aware about this Interferon drug and what it’s been able to do,” she added. She wants to “make more people aware of the fact that when it comes to some of the modern innovations, when it comes to bio-technology, what Cuba is doing and been able to accomplish.”