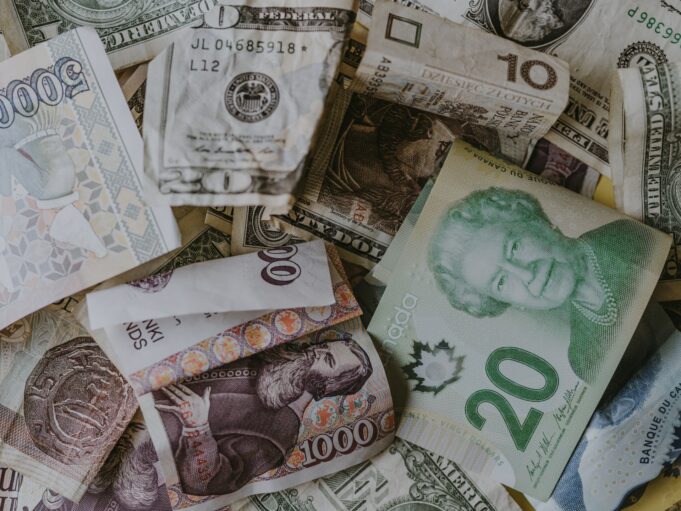 Brazilian economist Celso Furtado’s classic 1974 book, “The Myth of Economic Development,” he argues the very idea of Latin America and Africa someday enjoying a similar livelihood as Western Europe and North America is “unrealizable in practice.”

He writes that any attempt to generalize, or use as a model, the lifestyles of the world’s well-to-do would lead to a collapse of civilization.

Furtado, who was partially responsible for the formulation of socioeconomic policies for the development of Latin America, went further and argued that the very idea of development in the periphery is a “myth.” He argued deceiving countries into focusing on narrow economic factors such as the rate of investment and the volume of exports to the detriment of their human well-being is a formula designed for the benefit of Western capitalism.

Moreover, he wrote, the costs of development in terms of environmental destruction is a catastrophe of global proportions waiting to happen.

A case in point is Nigeria’s Niger Delta.

Not only is it Africa’s most important oil producing region, it’s also one of the continent’s most polluted regions.

For decades oil spills have been damaging the region’s environment and devastating the lives of its inhabitants.

Shell and Eni oil companies, even though they deny being culpable, are put at the center of this ongoing travesty by Amnesty International.

According to economist Dr. Ndongo Sylla, who manages programs and research at the Dakar office of the Rosa Luxemburg Foundation, “When (Western-trained) economists talk about economic growth they’re generally using a national framework.”

While speaking to Africa Watch from his office in Dakar, Dr. Sylla, who wrote a new introduction for the 2020 reissuing of Furtado’s 1974 book said, “For example, say that Senegal could develop because resources are unlimited outside. So Senegal would profit from unlimited resources. But you and I know … that we could not use that as an economic model. We have to model the economy as a closed system. Closed (global) system saying that there is just one economy and the (global) resources are limited for the world economy.”

Dr. Sylla says the resources of the world are “finite,” meaning if the world community would use the Western model for development the global economy would collapse.

“The only way to maintain their economic model is to prevent other countries from trying to follow their model. That is the role of the International Monetary Fund (IMF) and the World Bank (WB),” he said.

Sylla calls the IMF and WB a kind of global economic police force, whose responsibility is protecting the interests of Western capitalism.

Some of the ways they protect their wealthy client oligarchies, and at the same time destabilize economies, is through squeezing economic surplus through austerity programs. Countries are told that the way they can afford to pay off their enormously growing dollar-denominated debt is to lower wages even more, noted economist and anthropologist Michael Hudson.

Dr. Sylla says the IMF holds countries hostage while milking their economies for all that they’re worth. History is replete with examples of holding economies hostage.

In David Graeber’s book “Debt: The First 5000 years,” he writes after the Republic of Haiti defeated Napoleon’s army, “France immediately insisted that the new republic owed 150 million francs (about $18 billion) in damages for the expropriated plantations, as well as the expenses of outfitting the failed military expeditions, and all other nations including the United States, agreed to impose an embargo on the country until it was paid.”

Dr. Sylla said the world is full of examples of Western Europe and North America appropriating the world’s mineral and physical resources. He said the Trans-Atlantic Slave Trade and the history of Africa’s colonization are prime examples.

“But … not only did they appropriate resources through colonization and slavery, etc., but at the same time the negative consequences of this global accumulation of capital is also felt by the poorest and the most vulnerable around the world,” said Dr. Sylla. “So that means that there is on the one hand appropriation of global resources but on the other hand all the negative outcomes of this global accumulation.”

The world has to be decoupled from the Western world’s idea of “development,” Dr. Sylla wrote in a piece titled “Unsustainable western exceptionalism.”

“Before World War I, the colonial powers claimed to bring civilization to the regions under their control. Then they began to speak of ‘developing’ them, while the West was seen as the model of how to do so.”

The idea was to promote economic growth and—after the collapse of the Soviet Union—representative democracy.

The promise was that the Western way of life was not only desirable, but also achievable. That is a myth, as the Brazilian economist Celso Furtado pointed out long ago.

“Nonetheless, bilateral as well as multilateral aid agencies still cling to this myth,” said the economist.

The truth is the “developing countries” will never obtain the same standard of living as the “developed countries.” The reason is not any racial, cultural or institutional difference.

Catching up is impossible because the economic trajectory of Western Europe and North America was always based on “ecological exceptionalism.” “It still is, and it simply cannot be reproduced everywhere,” wrote Dr. Sylla.