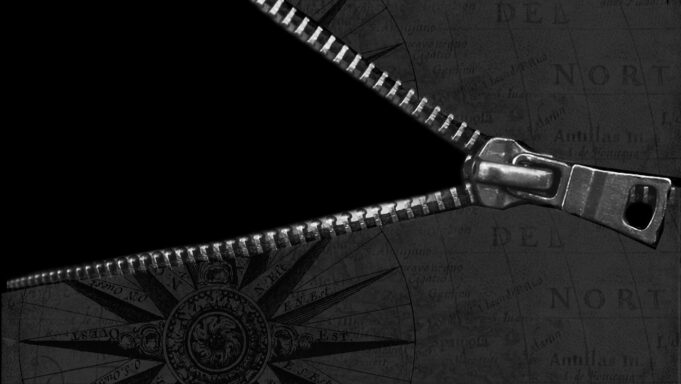 This hidden history is important to frame and view the current controversy involving the Honorable Minister Louis Farrakhan and the Jewish backlash against his worldwide July 4, 2020 message entitled “The Criterion.” Minister Farrakhan is frequently blamed for being the “stumbling block” that causes Black-Jewish relations in America to remain troublesome. However, this hidden history helps us to see that the Black-Jewish relationship was problematic long before the name Louis Farrakhan became a household word.

In addition to this hidden history of Black defiance against Jewish pressure, consider the host of academic elite scholars who have published unvarnished accounts of the problematic “secret relationship” between Blacks and Jews.

“The major role [that Jews] once played in the civil rights movement, [is a] myth … [that] enhances the self-image of a Jew as a caring and sensitive minority selflessly contributing to improve the lot of other minorities.”

“For many years, certain Negro intellectuals have been unable to face the Jews realistically. Among the many myths life and history have imposed on Negroes (such as that of Lincoln’s ‘freeing’ the slaves) is the myth that the Negro’s best friend is the Jew.”

SOURCE: The Crisis of the Negro Intellectual by Harold Cruse

“[Jewish] loyalists,” declared Thelma Thomas Dalevy, president of the mostly Black Delta Sigma Theta sorority in 1979, “are not compatible with the struggle of black Americans for equal opportunity under the law. Indeed, we question whether their loyalties are first with the state of Israel or the United States.”

“Jewish leaders, representing different socio-economic classes, ideologies, and cultural experiences committed themselves to black betterment and gave time, money, and energy to black organizations. The spectrum was so wide and the involvement so extensive that one must conclude that these leaders acted out of peculiarly Jewish motives … The book demonstrates that Jewish ends were secured by involvement with blacks.”

SOURCE: In the Almost Promised Land: American Jews and Blacks, 1915-1935 by Hasia Diner.

“I would be hard pressed to find examples of where Blacks and Jews worked together as equals and in harmony. Whenever the Jews were involved, they wanted to control the situation. Although altruism cannot be discounted, self-interest and patronization were much more characteristic than equality. Moreover, while many Jews served on the boards of African-American organizations, I can think of no Jewish organization where African Americans served in similar capacities. So to argue [otherwise] strikes me as a divergence from reality.”

SOURCE: Review of Melnick’s Black-Jewish Relations on Trial: Leo Frank and Jim Conley in the New South by Leonard Dinnerstein

Jews silent on Trayvon and others

Moreover, we have witnessed many Blacks in social media cry out against how in the midst of Black people’s grieving over the recent spike in police brutality resulting in the deaths of George Floyd and Breonna Taylor, Jewish groups like the Simon Wiesenthal Center choose to renew their baseless claim of anti-Semitism against Min. Farrakhan. Popular celebrity Nick Cannon was essentially “fired” from Viacom because of alleged anti-Semitic statements that offended Jewish political groups. Yet Viacom and the Wiesenthal Center have yet to get any officers charged in the death of Breonna Taylor fired. Their silence in the midst of our suffering is consistent with the pattern of history as the above scholars attest to.

The May 4, 2012 edition of the Jewish Advocate included a stinging article by author Jason M. Rubin, who chided the Jewish community in his piece entitled The Jewish Silence On Trayvon Martin.  Mr. Rubin wrote:

“The lack of words speaks volumes. Trayvon Martin is shot dead by George Zimmerman, a watchman in a multiethnic, gated community in Sanford, Florida, and Jewish American has nothing to say about it. … I visited the websites of major Jewish organizations and searched for the term ‘Trayvon.’ The organizations, which ranged from fundamentalist to progressive, Zionist to pluralist, political to congregational, were: The Anti-Defamation League, Central Conference of American Rabbis, Hadassah, Jewish Council for Public Affairs, Jewish Federation of North America, J Street, Orthodox Union, Union for Reform Judaism and the United Synagogue of Conservative Judaism. Nine organizations. All but two of my searches yielded the words, ‘No Results.’ ”

This very revealing episode of Black history helps us to properly view the current controversy surrounding Min. Farrakhan. It shows that Minister Farrakhan is not alone as a Black leader who saw the need to rise up and challenge powerful Jewish groups over the needs and concerns of the Black community. This history is a reminder to us.  And it should motivate Black America to close ranks around Minister Farrakhan like these courageous leaders did in 1979 around Ambassador Andrew Young. Back then it is clear that Black leadership understood that our integrity and self-respect as a people demands that we disallow those outside our community to dictate to us what to think and who to follow or support. This is the kind of unity, intelligence and courage that we need today. Minister Farrakhan deserves better from Black leadership. Professor Andre C. Willis candidly and boldly admitted that no one defends the Black community like Minister Farrakhan. Prof. Willis observed:

“There is simply no Black person in the world that has—over so many years—been as consistent, as unrestricted, and as forthright in defending the humanity of Black people throughout the world against its attackers.”

Now then, with this in mind, let us all be motivated to do for Minister Farrakhan what he has always done for us.

Demetric Muhammad, a Nation of Islam student minister, is based in Memphis and a member of the NOI Research Group. Read more from him at www.researchminister.com.