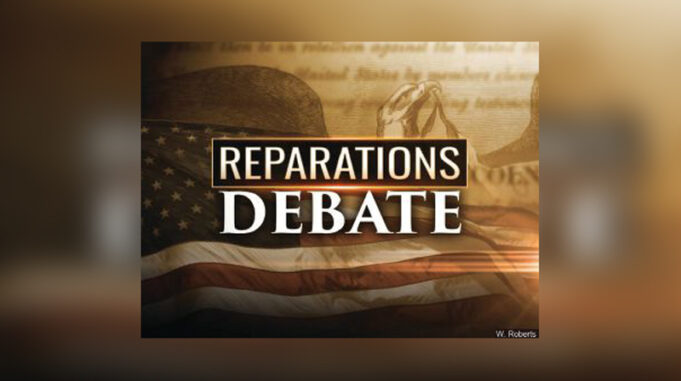 (NNPA)—Lost in the aftermath of the demonstrations stemming from the police killing of George Floyd and the pandemic is the issue of reparations for African Americans.

Asheville, a North Carolina city where Black people make up just 11 percent of the more than 92,000 residents, may have set a precedent. The City Council formally apologized for its role in slavery and voted unanimously to provide reparations to Black residents and their descendants.

“Hundreds of years of Black blood spilled that fills the cup we drink from today,” said Councilman Keith Young, one of two Black members of the City Council that voted 7-0 in favor of reparations.

“It is simply not enough to remove statutes. Black people in this country are dealing with systemic issues,” Councilman Young declared.

While Black Americans have long been deprived of their 40 acres and a mule reparation promise for horrific centuries of slavery, the U.S. government has never honored that commitment and has mostly shied away from offering an official apology.

“The resulting budgetary and programmatic priorities may include but not be limited to increasing minority home ownership and access to other affordable housing, increasing minority business ownership and career opportunities, strategies to grow equity and generational wealth, closing the gaps in health care, education, employment and pay, neighborhood safety and fairness within criminal justice.”

Council has called on the city to create the Community Reparations Commission, inviting community groups and other local governments to join. It will be the commission’s job to make concrete recommendations for programs and resources to be used.

“Slavery is this institution that serves as the starting point for the building of the strong economic floor for White America while attempting to keep Blacks subordinate forever to its progress,” Councilwoman Sheneika Smith stated while responding to emails that asked why should the city pay today for what happened during slavery.

“This is a really good gesture as far as the foundation of what we can build,” stated Rob Thomas, a community liaison for the Racial Justice Coalition, which led to the push for reparations. “The potential of what can come out of this document is amazing,” Mr. Thomas noted.

To address racism in this country, White people need to dare to be uncomfortable by accepting their tacit complicity in the promotion of the historical condition of White supremacy, Dr. Brett Paice, the downtown coordinator of Diversity, Equity and Inclusion at the St. Francis School in Louisville, Kentucky, told BlackPressUSA.

“Fiscally and psychologically, some manner of reparation needs to be instituted to balance the scales of time, whether through government subsidizing of education or land ownership.”

In early 2019, Rep. Sheila Jackson-Lee (D-Texas) convened a Congressional hearing on slavery reparations. Jackson-Lee stated the purpose was to begin serious legislative discussions that would examine “through open and constructive discourse, the legacy of the Trans-Atlantic Slave Trade, it’s continuing impact on the community and the path to restorative justice.”

This summer, the U.S. House expects to take up H.R. 40, a bill introduced by Rep. Jackson-Lee.

The congresswoman noted that the designation of this legislation as H.R. 40 intends to memorialize the promise made by General William T. Sherman.

In his 1865 Special Field Order No. 15, Sherman pledged to redistribute 400,000 acres of formerly Confederate-owned coastal land in South Carolina and Florida, subdivided into 40-acre plots.

In addition to the more well-known land redistribution, the Order also established autonomous governance for the region and provided protection by military authorities of the settlements.

“The federal government has been slow to engage the issue of reparations, individuals, corporations, and other public institutions have engaged the discussion out of necessity and conscience,” Jackson-Lee said.

“Reparations are ultimately about respect and reconciliation—and the hope that all Americans can walk together toward a more just future one day.”

“We owe it to those who were ripped from their homes those many years ago an ocean away; we owe it to the millions of Americans—yes they were Americans—who were born into bondage, knew a life of servitude, and died anonymous deaths, as prisoners of this system.

“We owe it to the millions of descendants of these slaves, for they are the heirs to a society of inequities and indignities that naturally filled the vacuum after slavery was formally abolished [155] years ago.” —Stacy M. Brown, NNPA Newswire Senior Correspondent