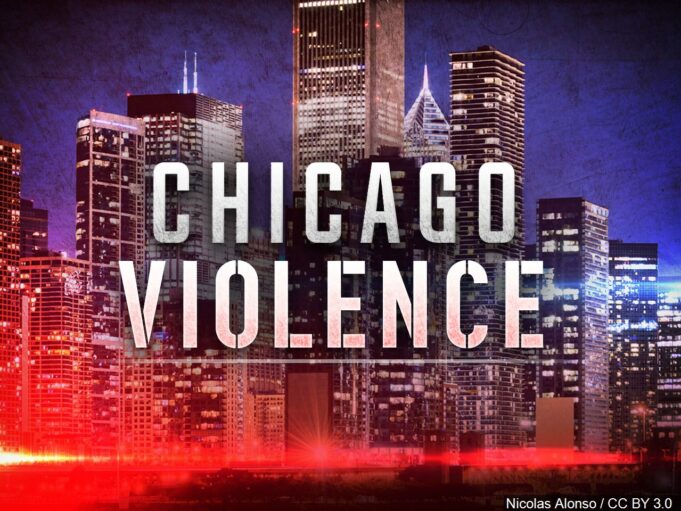 PHILADELPHIA—In large and small cities across the country, the Black and urban poor are caught in a conundrum, demanding a seismic shift in policing while suffering from high levels of violence.

Fourteen people were shot on July 21, near a funeral home on the South Side of Chicago. Jacksonville, Fla. is experiencing one of its most lethal years in decades, with more than 100 homicides as of last July 20, according to the Jacksonville Sheriff’s Department. Sixty-four  people were shot in a surge of shootings over a recent weekend in New York City. Philadelphia has had almost 1,000 shooting victims this year, a 28 percent increase over this time of year last summer.

As a part of his “law and order” campaign, President Trump is dispersing federal law enforcement agents throughout the country. In Portland, activists say the federal agents have created chaos, violence, discord, and secrecy, using unmarked cars with unidentified officers in camouflage making arrests and generating national outrage. They are supposed to be protecting federal buildings but are going far from that mission, say protesters.

As many are now calling for a reorganization of policing, with these moves the opposite is happening.

“In recent weeks, there’s been a radical movement to defund, dismantle, and dissolve our police departments. Extreme politicians have joined these anti-police crusade and relentlessly vilified our law enforcement heroes,” President Trump said July 22. “To look at it from any standpoint, the effort to shut down policing in their own communities has led to a shocking explosion of shootings, killings, murders, and heinous crimes of violence.”

Many call this action smoke and mirrors and an election ploy, as President Trump falls further and further behind in his bid for reelection in November.

Philadelphia mayor Jim Kenney dismissed  President Trump’s concerns about public safety as disingenuous given the administration’s inaction in the early stages of the coronavirus pandemic. “If the Trump administration wanted to help cities, they would have gotten off their rear ends back in March and April,” Mayor Kenney said. “This is a game he’s playing to divert attention away from the many crises that are facing this nation, and we’ll oppose it with everything we have.”

“It is not OK to fracture skulls with what they like to call non-lethal rubber bullets or tear gas canisters. It is not OK when there is no probable cause to jump out of a rental van and just requisition people off the street. That looks like a dictatorship. That looks like a kidnapping,” said Philadelphia District Attorney Larry Krassner in a recent interview. “That looks like a crime. There’s nothing unusual about federal law enforcement doing law enforcement work, where it may follow the law and jurisdiction to do so. That’s not what we’re dealing with here, though. We’re dealing with a shiny object that the president is waving around to distract from his outrageous failures in many other areas. And to try to use his usual tactics of neo-fascist division, hate, and racism to improve his almost deceased campaign.”

Chicago Mayor Lori Lightfoot condemned the idea and said on Twitter, “Under no circumstances will I allow Donald Trump’s troops to come to Chicago and terrorize our citizens.”

Dubbed Operation Legend by President Trump, the program is named for  LeGend Taliferro, a four-year-old Kansas City, Mo., boy who was shot to death. Bullets came through a wall, striking him while he was asleep June 9. According to a July 22 news release, the Department of Justice plans to “surge” federal investigators from the FBI, DEA, and ATF to major cities to collaborate with local law enforcement. They would work cases involving gangs, gun crime, and drug trafficking. Some of the cities identified include Chicago, Detroit, Albuquerque, Philadelphia, and New York.

According to an article published in The Nation, initiatives of this type are not new and have feeble results. “These types of task forces are not new and have a track record of abusive tactics that lead to more criminalization, with little to show in the way of reductions in crime,” The Nation said. The story points out Operation Fly Trap, targeted gangs and drug dealers in Los Angeles in 2001. In April 2016, as part of Operation Crew Cut, the NYPD, in conjunction with numerous federal agencies, arrested 120 young people in the Bronx who were accused of being “the worst of the worst” criminals in the city. Most recently implemented was Operation Relentless Pursuit in late 2019 but cut short and disbanded due to the Covid-19 virus.

“President Trump is doing everything in the world now to get reelected; he is trying to position himself to win. If you look at his TV ads, it’s that old scare tactic that Nixon used in 1978, right out of that playbook,” Bilal Qayyum of The Father’s Day Rally committee told The Final Call. “So, his sending in troops is not surprising.”

“What you have to understand is the majority of the murders in Philadelphia are argument related murders that you can’t predict. Troops on the ground cannot stop this type of violence. If it was gang-related, you could do an intervention. Now what they can do is find out who is buying and selling these guns in our community. They could use the troops for that,” he said.

Stanley Crawford of the Black Male Community Council of Philadelphia, who has lost a son to gun violence, was quite frustrated while commenting to The Final Call. “I have mixed feelings concerning the deployment of federal police in the city, given all the murder and mayhem taking place. If we as Black males are not going to step up to the plate and do something right now, we must be honest with ourselves. There needs to be a bigger discussion, and we as Black men need to decide if we can or we can’t,  and if we can’t then, we need to have somebody else do what we can’t do,” he said.