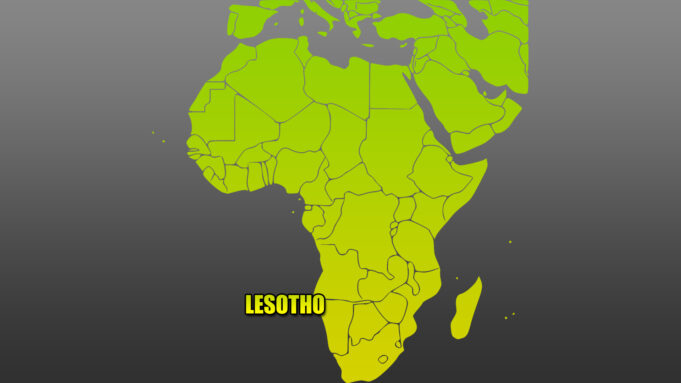 THABA-TSEKA, Lesotho—The Covid-19 pandemic has exposed and given rise to a new, deeply concerning wave of rape culture in Lesotho. Although the true extent is not known yet, we have noticed concerning reports that the onset of the pandemic has worsened sexual violence with more women and girls being confined to small living places whilst social tensions are exacerbated.

According to Senior Inspector ‘Malebohang Nepo from the Child and Gender Protection Unit under the Lesotho Mobile Police Service (LMPS), two weeks into the lockdown she said 18 cases of sexual assault had been reported, which was unusually high.

This new wave includes distressing reports of many Basotho women who, when the lockdown restrictions came into place, had to leave their roles as domestic workers in South Africa entrenching them back into a system of poverty that forced them to return to Lesotho.

However, after having to illegally return to the country, the majority were raped and tortured by security and border officials.

Most of these distressing accounts have not been officially reported due to fear, prejudice, and societal stigma—the same reasons why many rapes in our country go unseen. In the few cases where reports have been made, no action has been taken against the perpetrators. These are the same men entrusted by the government to provide security to our nation.

But let’s be clear, this is not a new issue or phenomenon. Even prior to the pandemic, the prevalence of rape in Lesotho was extremely high. Last year, Gender Minister Dr. Mahali Phamotse noted that 90 percent of male prison inmates had been imprisoned for sexual offense charges (a survey conducted while she was justice minister) and a report by NGO Gender Links in 2014 found that 62 percent of women surveyed had experience intimate partner violence, with eight percent reporting that they had been raped by a non-partner in their lifetime.

While the pandemic has served to expose and exacerbate this problem, rape culture has existed throughout generations and societies. It is a culture that typically permits men to exercise power and masculinity over women to ultimately deny their basic right to bodily autonomy. It is language and behaviors that encourages men to justify sexual violence. For decades, rape has been viewed as a weapon of oppression to silence and degrade women.

As a midwife, I know only too well the far-ranging consequences that sexual and physical violence has on the lives of women and girls. Only a few weeks ago, a 20-year-old woman who was nine months pregnant was admitted in my facility with bruises on her back and shoulders, indicating that her husband had physically abused her.

The increasing prevalence of rape in our society means we have to act now. Education and awareness are key to tackling this problem head on. Technology is an especially powerful mobilization tool to achieve this, especially during a pandemic, and I have been using social media to highlight the pandemic’s impact on women’s rights. It gives me the opportunity to amplify women’s stories of sexual violence and spread awareness of the issue to a wider audience.

Most importantly however, I’m currently hosting online education and awareness sessions with men in rural communities who are largely illiterate and have patriarchy deeply rooted in their behavior and thoughts. This attitude is highlighted during our conversations when many say that rape is the victim’s fault and that her choice of clothing “forced” her to be raped.

Concerningly, the 2014 Gender Links report found that 39 percent of men said rape survivors could be seen as responsible because they may have been promiscuous.

These sessions, which will take place in person later on in the year, are designed to challenge this thinking and encourage men to uproot their traditional masculine attitudes and behaviors. I’ve also had informal conversations about rape with men while on duty as part of my role as a midwife, where many don’t understand the concept of women’s rights.

If we are to bring about change, we need men to start respecting a woman’s right to choose and to realize that her choice of clothing is by no means an invite for her to be raped.

However, my actions and those of my peers alone are not enough, more is needed. To truly remove entrenched rape culture from our societies, we need a unified approach between governments, justice systems and community organizations that will ensure sexual violence perpetrators are held accountable.

We need to work together so that women are not afraid to come forward and share their stories. We need change in the perceptions of what traditional masculinity is so that victims are not blamed. We need allies to mobilize political and financial support.

Covid-19 has presented many challenges of our country and the fight to defeat this destructive disease is not over yet, but throughout this a woman’s right to decide must be prioritized, maintained and respected. She must have the right to safety, information and health care. These are basic human rights. Without Question.—(IPS) Mamello Makhele, midwife and SheDecides 25×25 young leader