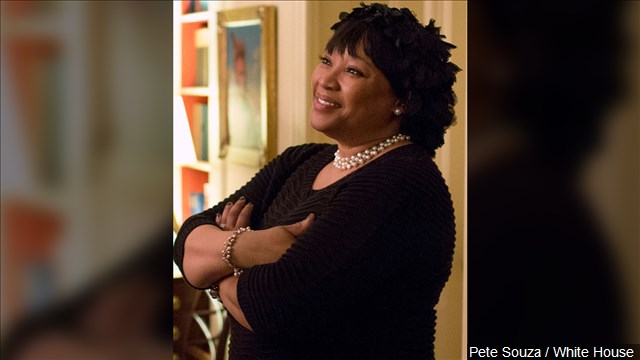 There is no doubt, the name Mandela is synonymous with a legacy of struggle for the soul and transformation of South Africa.

Zindziswa “Zindzi” Mandela was an offspring in that line who continued that legacy of service into the 21st Century. Ms. Mandela, the youngest daughter of the late iconic figures Nelson and Winnie Mandela died in Johannesburg, South Africa. At presstime the official cause of her death in a Johannesburg Hospital was pending. Her son and family spokesperson Zondwa Mandela confirmed to South Africa’s SABC-News on July 15 that she tested positive for Covid-19 the day she was hospitalized; however, the novel virus has not been confirmed as the cause of death. The family is awaiting the official autopsy report. She was 59 years old. The news of her transition was released in a brief family statement.

“It is with great sadness that we announce the death of Mama Zindzi Mandela, youngest daughter of the late ANC (African National Congress) stalwarts Nelson Rolihlahla Mandela and Winnie Madikizela-Mandela,” the statement read.

Zindzi Mandela came to prominence as a daughter of the anti-apartheid struggle to overthrow repressive White minority rule in South Africa. She was 18 months old when her father was jailed for 27 years, convicted of sabotage and treason. Her entire life was engaging the struggle and she grew up suffering under harrowing threats, harassment, and banishment.

Zindzi Mandela later attended secondary school in neighboring Swaziland, returning to South Africa where she gained a bachelor’s degree in law at the University of Cape Town. She graduated in 1985.

“She became the face of the Mandela family when both her parents were arrested and banished by the apartheid regime. She witnessed first-hand the brutality of the apartheid system and its repressive security forces,” said the ruling ANC Party in an official statement.

“This is untimely,” stated ANC spokesman Pule Mabe, “She still had a role to play in the transformation of our own society and a bigger role to play even in the African National Congress.”

She was entrenched as an activist and uncompromising voice for freedom during the era. Zindzi served as deputy president of the Soweto Youth Congress, was a member of the Release Mandela Campaign and was recruited as an underground operative of Umkhonto we Sizwe (MK)—the armed wing of the ANC.  At the time of her passing Ms. Mandela was preparing for an ambassador assignment in Liberia. Between 2015 and December 2019, she was South Africa’s Ambassador to Denmark.

“We mourn the passing of a fearless political activist who was a leader in her own right,” said South African President Cyril Ramaphosa in an official statement.

President Ramaphosa went on to say that Zindzi Mandela was a household name nationally and internationally, “who during our years of struggle brought home the inhumanity of the apartheid system and the unshakeable resolve of our fight for freedom.” She became a force in the struggles started by previous generations before her.

“She represents a key bridge in that struggle between the icons of the past … and the younger generation,” Emira Woods of the International Working Group for Africans Striving for Justice, Peace and Dignity told The Final Call.

Ms. Woods added as a leader, the younger Mandela represented the revolutionary zeal of both her parents, “but especially her mother” in the fight against apartheid.

“She represents to many of us an outspoken leader who courageously called out issues of justice … around the critical issues of land reform,” Ms. Woods said.

Her own legacy points to a “bold” consistent voice for economic justice and indigenous people gaining what was rightfully theirs. While ambassador to Demark, during 2019 she came under political fire over controversial tweets she posted concerning land reform.

One of the tweets read: “Dear Apartheid Apologists, your time is over. You will not rule again. We do not fear you” concluding with #TheLandIsOurs”.

In response, AfriForum, a racist White Afrikaner organization, demanded the government “recall and dismiss” Zindzi Mandela for her bold position.

Recalling her strength and tenacity, Abdul Akbar Muhammad, the international representative of the Nation of Islam, said, although she was a diplomat the stance was “powerful and timely.” Ms. Mandela laid down the “proverbial gauntlet” against opponents of relinquishing control of stolen land.

“It’s like what we are seeing in the current demonstrations across the world and in America,” Mr. Muhammad explained. “It’s a clear voice of Black people saying to their oppressors ‘we don’t fear you anymore.”

For the multigenerational liberation movement in South Africa, Zindzi Mandela symbolized historical continuity and an exclamation point that noted Nelson and Winnie Mandela produced warriors for the liberation and freedom of a people. Contextualizing Zindzi Mandela’s life, Ms. Woods described her as a “continuum of a process” of young leaders at the forefront of the “anti-apartheid-struggle … colonialism … neocolonialism … and the struggle against capitalist exploitation today.”

Zindzi Mandela garnered global attention on February 10, 1985 in a packed Jabulani Stadium in Soweto at the crescendo of the international pressure campaign to abolish the apartheid system. At 24-years-old Zindzi read a letter of principled defiance from her father rejecting a conditional release from prison offered by Apartheid ruler P.W. Botha. The letter was read before a worldwide audience on behalf of her imprisoned father and her banished mother.

“The prison authorities attempted to stop this statement being made, but he would have none of this and made it clear that he would make this statement to you, the people,”  she told the crowd.

Reflecting earlier this year during the 30th anniversary of Nelson Mandela’s release from prison, Zindzi Mandela described sharing her dad with the world.

“In the euphoria of my Pops’s release,” she wrote, “I realized that he would never be my father alone. I often teased him about my seeing more of him when he was behind bars: 2 visits a month, over a weekend guaranteed. Living with him was my incarceration,” Zindzi Mandela tweeted.

Condolences for the Mandela family, government and people of South Africa poured in from across the globe. The Nelson Mandela Foundation said in a statement that Ms. Mandela will be remembered as a “special soul” and for her assistance with the Foundation on many projects over the years.

“We join with many in saying hamba kakuhle to an outstanding South African,” said the Foundation.  “We will miss you Zindziswa … named after the daughter of that great South African poet S.E.K. Mqhayi.”

It’s such a tremendous loss … not only to the African continent, but to humanity in general,” Dr. Arikana Chihombori-Quao, former African Union Ambassador to Washington, told The Final Call. Ambassador Chihombori-Quao added that Zindzi Mandela was a “vibrant” and “beautiful soul” in life.

“This is a sad day indeed especially for us in the EFF (Economic Freedom Fighters Party) and our president Julius Malema,” said spokeswoman Delisile Ngwenya to SABC News.

“We must carry the torch,” said Ms. Ngwenya. “And come to a point that women are respected … treated as equal … because those are the things that she stood for.”

Others remembered her resilience and influence of young people of her generation during the liberation years.

“She became hope to millions of the youth during the struggle and was in the forefront of the liberation to make South Africa ungovernable. She was fearless and served as an inspiration,” Labor movement leader Zwelinzima Vavi.

Lindiwe Sisulu, the Minister of Human Settlements and daughter of anti-apartheid leader Walter Sisulu—who was a political prisoner alongside Nelson Mandela—said Ms. Mandela was her sister in the African sense of sister.

“She was dynamic, she was loving … beautiful … she was enthusiastic about everything,” Ms. Sisulu said. She also described a person who knew tragedy and hardship, but never remembered her “feeling sorry for herself.”

Besides the government and people of South Africa, Zindzi Mandela is survived by her children, grandchildren, sister, Zenani Dlamini—South Africa’s Ambassador to South Korea; and oldest half-sister, Makaziwe Mandela-Amuah from Nelson Mandela’s first marriage. Her funeral was held July 17 in a private ceremony replete with an honor guard and she was buried during a small ceremony—in line with Covid-19 regulations—alongside her mother Winnie Madikizela-Mandela at the Fourways Memorial Park in Johannesburg.