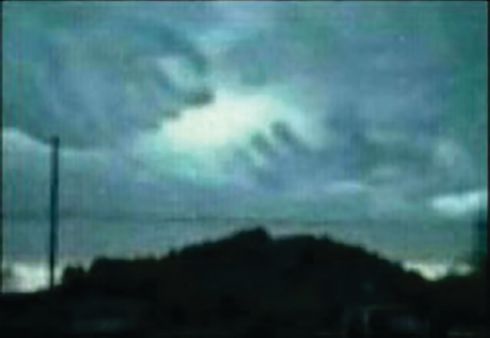 [Editor’s Note: This article is reprinted from Volume 29, No. 40, and The Final Call will continue to reprint articles written by our late and dear Mother Tynnetta Muhammad.]

“And truly We sent Moses with Our messages to Pharaoh and his chiefs, so he said: I am the messenger of the Lord of the worlds. But when he brought them Our signs, lo! they laughed at them. And We showed them not a sign but it was greater than its fellow, and We seized them with chastisement that they might turn.” –Holy Qur’an, Surah 43, verses 46-48

Racism is the product of genetic engineering and the depreciation of one’s own self-worth. There is no superiority of one race over another except in the quality of its nobility and service to the Will of God. The applied social systems being practiced on our planet at the present time has determined that the idea of one’s color being superior to another was engendered in the very nature of the White race who were grafted from the weaker or Brown germ of the Original Man.

This disposition and nature of their being is to overcome, rule and dominate the original Black germ found in the Original Man. It took one of our Black scientists named Yacub, born 8,400 years ago, 20 miles from the Holy City of Mecca in Arabia, to be born with a determined idea to make a man from the weaker germ (Brown germ) of self and begin the process of grafting that Brown germ into distinct races and colors from the Brown man to the Yellow man and ultimately to the White or Caucasian people and race that we know today. Thus Race inverted to “Racism.”

This revealed history was hidden away in the ancient archives of the ancient wisdom teachings of our fathers until today. At the root of our Divine Teachings is science and learning of a very advanced technology. From the genetic science (genetic pool), one was born in the Holy City of Mecca in 1877 who was predicted to break the hold of the present, dominant rule of the White race and end 6,000 years of bondage that we have experienced during the present world order. We also refer to this period as the secret teachings of Yacub’s civilization. This wicked and abusive world scheme has led all the people, races and nations astray with the objective of totally destroying the Original Black populations who contained the genetically coded material used in the grafting of the White race on our planet.

The Nation of Islam in America came to birth under extraordinary circumstances, and as a student of the Divine Teachings of the Honorable Elijah Muhammad, I initiated my studies of this New World of Thought when I was only 16 years old in the city of Detroit, Michigan, while in my senior year of high school in 1957. I became officially registered as a member of the Nation of Islam in 1958, in the year of the Centennial celebration of Central High School. Many of my classmates and associates, including teachers, were members of the Jewish Faith, among them “reformed Jews,” and our relationships were cordial and friendly. I participated in many of their holiday observances and partook of the Jewish diet of bagels, Lox and cream cheese. I was also appointed as one of the seven valedictorians, among whom several were of the Jewish Faith. My being attracted to the Islamic Religion at that time never brought differences between my studies and that of the Jewish religion. It was the extraordinary Knowledge base of this Islamic Teaching that attracted me to the Honorable Elijah Muhammad and it has ever been my attraction during all the subsequent years of my life until today.

I have begun with this opening background as a prelude to the current controversy being stirred up by members of the Jewish Faith against the June 26th address of the Honorable Minister Louis Farrakhan at the Atlanta Civic Center in Atlanta, Georgia. It is not wholly unexpected that such bitter vitriol is being spewed from many misinformed representatives and media personalities of the Jewish community against the Truthful Message of Minister Farrakhan’s address titled, “Who Are The Real Children of Israel?” Truthful theologians of all the world’s religions should open an honest dialogue on this subject which will assess the damage done to the Black Nation as well as to others due to the policies of Racism and the denial of Truth in Global Politics.

I was immediately reminded of the Holy Qur’an which speaks of the controversy of religious societies and the clamor raised by those who disbelieved when Jesus’ name and that of his mother was mentioned in Surah 43, verses 57-58: “And when the son of Mary is mentioned as an example, lo! thy people raise a clamor thereat. And they say: Are our gods better or is he? They set it forth to thee only by way of disputation. Nay, they are a contentious people.”

Anyone who is knowledgeable about the Divine Teachings of the Honorable Elijah Muhammad know that he was not selftaught, nor is he the author of the Teachings on how the races came to be; nor did he have the knowledge of himself, God or anybody else without being well-taught by a Wise Master who suddenly appeared in America under disguise in 1930, making Himself Known for the first time in the public. This extraordinary man named W. D. Fard and later known as Wallace Fard Muhammad, prior to His departure in 1934, was a product of a Black father and a White mother.

The charge of racism, bigotry, anti-Semitism, and other gross terms currently being charged to the Honorable Minister Louis Farrakhan does not fit the character of the Truth that is being revealed. Such charges, if need be, should be addressed to his Teacher, the Honorable Elijah Muhammad and to the Master Teacher before him, W. Fard Muhammad. The Honorable Elijah Muhammad taught us that the identity of the true Israelites as written throughout the Bible and the Holy Qur’an, is being fulfilled by the Black people and Nation in the wilderness of North America today. The sign of Egypt, Pharaoh, and the enslaved children of Israel fits the description of our tragic sojourn in America more than any other people on our planet. Our fore parents were forced by our former slave masters to be herded together like cattle, stolen from Mother Africa, chained and branded and brought to a foreign land dominated by a strange people. At the end of that tortuous and prophetic period, it is predicted that the ex-slaves of America would be separated from their former slave masters and delivered by the Strong and Mighty Hand of God Himself.

The argument on the table should be, is this True or False and are we witnessing the Hand of a Mighty God at work in America today bringing her to a naught for what her bloody hands have wrought? Is it Minister Farrakhan that you are attacking or is it God Himself? The Truth will always be the winner over Falsehood in the end wherever it raises its ugly head!

“And this (revelation) is surely knowledge of the Hour, so have no doubt about it and follow me. This is the right path. And let not the devil hinder you; surely he is your open enemy. And when Jesus came with clear arguments, he said: I have come to you indeed with wisdom, and to make clear to you some of that about which you differ. So keep your duty to Allah and obey me.” –Holy Qur’an, Surah 43, verses 61-63