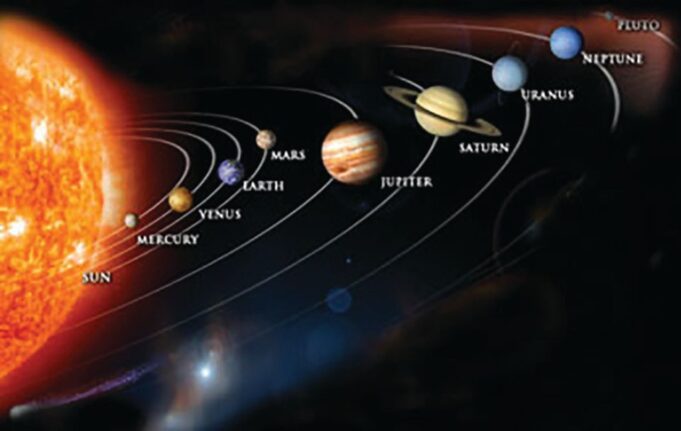 [Editor’s Note: This article was published online on June 1, 2004 and The Final Call will continue to publish articles written by our late and dear Mother Tynnetta Muhammad.]

“A questioner asks about the chastisement to befall the disbelievers—there is none to avert it—From Allah, Lord of the ways of Ascent. To Him ascend the angels and the Spirit in a day the measure of which is fifty thousand years.”— Holy Qur’an, Surah 70, verses 1-4

This year, 2004, marks a critical junction in the time of the changeover of worlds. Since the birth of the Nation of Islam in America with the Coming of Master W. Fard Muhammad in 1930, we count 70 years from the time of His departure in 1934. He laid the foundation of our nation upon a square number in mathematics which is 12. In previous articles we have referred to planetary alignments and other universal phenomenon being displayed from the heavens above to the earth below.

A study of the science of mathematics and astronomy gives us the keys to the measurements and calculation of time. We have been taught through the Honorable Elijah Muhammad the root sciences of the Divine Creation. He further explained that everything about ourselves can be found written in a book. He also added that our histories are written in the stars.

As students of the Honorable Elijah Muhammad, we are given a book of writings called Lessons or the Supreme Wisdom. This assignment is given in the form of questions and answers which introduces us to the majesty of the origin of life, the knowledge of God and of self. Once we are exposed to the root knowledge of this teaching, we have gained the keys to the mastery of all life contained within self and in our universe.

The science of our Lessons literally teaches us the art of telepathy or tuning into the source of all life from the Lord of All the Worlds. Through the dimensions of thought revealed in the Divine Word, we are inspired or stimulated by this Divine Word of Thought Form to create something new. This unfolding capability of the human mind and its potential is part of the promise made to the Believers as the expression of Allah’s Divine Favors. In the sixth verse of Al-Fatihah, the Opening Prayer and first chapter of the Holy Qur’an, we read: “The path of those upon whom Thou hast bestowed favours.” This verse incorporates the idea of the gift of Divine Revelation as explained in the commentary by Maulana Muhammad Ali. “The gift of revelation or being spoken to by God, according to the most authentic Hadith, will be granted to the righteous among the Holy Prophet’s followers—there will be among them men to whom God will speak though they would not be prophets.”

One of the greatest examples of Allah’s Divine Favor being granted to the righteous was exemplified on May 23 at Mosque Maryam in Chicago in the powerful and electrifying address of the Honorable Minister Louis Farrakhan to the Believers and to the Nation via web cast transmission viewed both in the United States and abroad. This message, entitled “The Guide and the Guidance,” should be studied by everyone everywhere on our planet who desires a clear understanding of the time and what is taking place in this critical hour of world history.

In the audience of Mosque Maryam were persons representing government and education on high levels, scholars and scientists of Islam and other world religions who were exposed to a powerful Truth that has changed their lives in becoming acquainted with the Reality of God making Himself Known. We must accelerate our pace in getting the word out to our people for our Redemption draweth nigh.

This year’s extraordinary signs displayed in the heavens above and in the earth below testify to the fact that Allah is Present and is separating Truth from Falsehood and the wheat from the tare to a degree of clarity that none will be able to deny or have the excuse that God did not send a warner among us. The Honorable Minister Louis Farrakhan is the second voice to the Honorable Elijah Muhammad, raised as his Helper in making his great commission known.

This Truth appears in the prophetic sign of Venus, the second planet from the sun, and the twin of Earth, carrying a double significance for us today. On June 8 of this year, the Transit of Venus will be viewed by millions of people throughout our planet, which corresponds to the 70-year extension of time since the departure of Master W. Fard Muhammad in 1934. That event was followed in the very next year, 1935, with the fleeing of His chosen Servant, the Honorable Elijah Muhammad, from Detroit, Michigan to Chicago on the heels of a death plot.

Thus, we have come to the ending of this cycle, on this day, in the calculation of the time of a 70-year period extended from that time in our history to 2004 and 2005, which may concur with a similar event or period of departure and flight in the life of the Honorable Minister Louis Farrakhan. The Venus Transit moving across the face of the Sun signals an eclipse of one world and the coming to birth of a New World Order. Six hours is the time given for this transit to take place, which may be compared to the 6,000-year rule of Satan’s Dominion and Power. Within eight more years, a Venus transit will reoccur as the Bright and Morning Star in the year 2012 A.D., perhaps, indeed, at the start of a New World of Peace.

“But nay! I swear by the Lord of the Eastern lands and the Western lands! that We are certainly Powerful To bring in their place (others) better than them, and We shall not be overcome. So leave them alone to plunge in vain talk and to sport, until they come face to face with that day of theirs which they are promised— The day when they come forth from the graves in haste, as hastening on to a goal. Their eyes cast down, disgrace covering them. Such is the day which they are promised.”— Holy Qur’an, Surah 70, verses 40-44