(FinalCall.com) – Daniele Metz was sentenced to three life terms, plus 20 years in federal prison under mandatory drug sentencing laws, but now it’s time for her to come home, say her family, attorney and supporters who are fighting for her freedom.

Mercy is the only way she will ever be free and reunited with her children. Her supporters hope executive clemency from the president will set her free. Her conviction was a travesty to begin with, and anyone who carefully reviews her case would agree, Ms. Metz’s supporters insist.

She was pregnant and 17 when the father of her baby was murdered and she was as vulnerable as one could be, according to her attorney Jerry Mooney. At 18, she became involved with a 30-year-old drug dealer, who controlled her, he said.

Ms. Metz was convicted as part of a “continuing enterprise,” meaning she was the wife of a king pin.   Her life forever changed.

According to records, the young wife had escaped, separated from her husband and started over in New Orleans. Two months later, she was indicted with her husband and others whom she’d never met on drug and money laundering charges.

The law doesn’t particularly care about the fact she’d left her husband and looked at what her role would have been, according to her attorney.   Her husband used her as a go-between and was controlling, Atty. Mooney continued.

“He was older. He was mature. She was insecure and a younger girl and he was able to get her to do things, so she’s not really out there as a decision maker but operating as his sort of representative,” Atty. Mooney stated.

Ms. Metz’s children were just four and seven when the tragedy separated them. Gleneisha Hayter, now 24, shared she’s still experiencing the negative effects of her mother’s incarceration.   “It hurts to know that my mom’s not here, but it’s also impacting me in a positive way to go forth and try to reach my goals,” she said. Her positivity gives her mom comfort, she said.

She looks forward to visiting her mom from time to time, but looking back it’s hard because incarceration stripped them of so many experiences others take for granted.

“It’s like going to regular grade school, high school, all those moments.   She wasn’t there for graduation or when I got married, so there were some big moments in life that she was absent from because of this situation,” Ms. Hayter lamented.

For Carl Bernard, his mother’s incarceration hits home when he reflects on how hands-on she was when he was a little boy. Then one day, it all vanished, he said. Her affection, physical attention and care, help with homework, fun at the park, it was all locked away when she was shut behind bars, he said.

“She was my best friend as well, so it took me some time to adjust, but I can’t say I really ever did. It was my worst nightmare as a human being.   I could never fathom something like that happening, my mother being taken away,” Mr. Bernard continued.

For a long time, he experienced bad dreams. He said he didn’t know how to feel or how to relate to everyday tasks like going to school after that. He couldn’t relate, though he was fortunate enough to live with his grandmother, he said.

“There’s no bond like your mother’s bond and the isolation is the most terrible thing I’ve ever been through in my life,” Mr. Bernard told The Final Call. “I still feel lonely. I still feel as if I’m by myself. When I write letters to my mom it really tears me apart in a way that one who’s not gone through that situation of being separated from their mother ever could imagine.”

The suffering of Ms. Metz and her children is part of why activist and ex-offender Michael Lewis is pushing a petition.   He wants her name on the next list of presidential pardons. Just under 600 people had signed the petition, which needed about another 400 signatures.

His work is for Ms. Metz, her family, and others trapped by mandatory minimum sentences. “I served my time, got my life, and right now I fight for those that don’t have a voice. I’m an advocate for justice against these unfair sentencing laws,” Mr. Lewis stated. 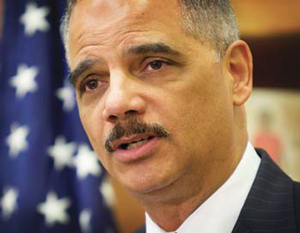 The Justice Department is asking for clemency petitions for sentences which would have resulted in a different, lesser sentence with changes in drug laws. To be eligible, prisoners must be serving a sentence in a federal prison and one that would be shorter if imposed today, according to Attorney General Eric Holder.

The criteria further is for prisoners who have served at least 10 years, have no significant prior convictions, and with non-violent histories and no significant ties to organized crime, gangs or cartels.

Although Atty. Mooney said Ms. Metz doesn’t fall clearly within the new criteria because of the nature of how her case was presented, there’s a lot of support behind her and he expects more when his office files the petition, but they’re waiting for the right time. That’ll likely be on the heels of the first round of releases under the Justice Department’s new criteria, he said.

“We’ve got some good issues and reasons why the White House should look hard at her case and take some action,” Atty. Mooney said.

Julie Stewart, founder and president of Families Against Mandatory Minimums, thinks the new criteria are more generous than ever.

Before, at least over the last 13 years, the U.S. Pardon Attorney has been incredibly reluctant to even look at a case that might include a gun and now people aren’t disqualified for having a gun, she said.

“I know it sounds like a small thing, but it’s not. It’s a big thing because there are so many cases we’ve seen where a co-defendant may have a gun, but you get charged with it as well and that disqualifies you from any kind of relief,” she explained.

The rest of the criteria are similar to what’s already required for clemency eligibility, she said, except for the 10-year mandate.

According to Ms. Stewart, the Deputy Attorney General initially talked about expanding reach to cases of inmates serving life or near life sentences, meaning sentences like 30 years or more. To reduce the number to 10 is a step in the right direction, Ms. Stewart said.

“Obviously, we wish they wouldn’t put any limit on it and just look at everybody’s case and who’s deserving, but because of the numbers of people in prison serving sentences that are long, I think they just had to say we’re going to start here,” Ms. Stewart said.

Inmates who think they meet the criteria in every federal prison should have begun receiving surveys, she said. The Bureau of Prisons will then send applications to the Clemency Project 2014, a working group which includes five major advocacy organizations. The groups will review the cases and recommend those who fit the new criteria, and connect them with lawyers.

“It’s a long process and is going to be much more work than it has been … But work that’s well worth it if it means at the end of the day we’re going to see people get liberty, get freedom that they otherwise wouldn’t have had and perhaps would have died in prison,” Ms. Stewart told The Final Call.