I started the last (or previous) article with this:

“How important is the value of communication, especially in referring to this time, which is called, ‘the end of time?’ What time, or whose time are we living in–right now? What are or should we be doing about this time?

“I’ve been bearing witness that we are at the end, of the ‘end of time’ and the beginning of the next. The Honorable Minister Louis Farrakhan has already explained this. How close are we doing that which he is doing?

Have you studied these two photos? I’m placing them again in this article. 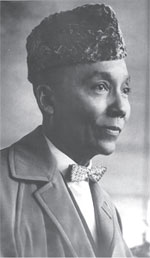 This is that next article that Allah is blessing me to start now. It may take a few articles to complete. I started this series of articles back in February 2010. It is important to know this.

The Honorable Elijah Muhammad gave Minister Farrakhan the best explanation to explain this problem involving Black people and Jews in America, and others.

The word, “explain,” according to The Oxford Dictionary, means [reporting verb] make an idea, situation, or problem clear to someone by describing it in detail or revealing relevant facts or ideas.”

Mother Tynnetta Muhammad (MTM): “Because what it really all boils down to is that a particular kind of vessel can receive certain information that maybe another vessel cannot, but that does not make them unequal or one superior to the other. It means in that moment in time this vessel absorbs what is needed, not just for the vessel, and a nurturing that is transpiring because of the way that this particular vessel may hold that particular water and the value of that water is good for the whole. Yes that’s all.

Jabril Muhammad (JM): “That corresponds with something that the Honorable Muhammad told me, that Master Fard Muhammad came to get him, so that he could get others, and others to get others.

MTM: “That’s right. It’s simply–Yes that’s it. And we have nothing to do with it. 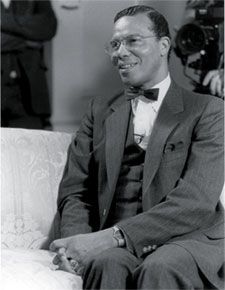 The full text of this news piece appears, in the Appendix of a book, I was working on. The readers’ attention is being called to it here, because it is indicative of a growing interest, on all levels, in the subject of the public return of Jesus Christ–bodily and in full view among the inhabitants of this earth.

Furthermore, I have placed it here to say that the subject of Jesus’ return, among the people of this planet, has a direct bearing to the question which is implied on this book’s cover. The subject of the return of Jesus Christ is directly connected to the subject of the status of the Honorable Elijah Muhammad.

Furthermore, this subject helps to make real the importance of our need to get ready to meet Christ on his return.

On the morning of October 12, 1994 I heard a news report, on the excellent national radio program, named “Morning Edition.” It was about the growing expectation of the return of Jesus Christ. Here is an excerpt from the transcript of it, as it came over National Public Radio, in full, the title of which was:

“LYNN NEARY, Reporter: Scholars disagree about what happened in the Christian world at the end of the first millennium, but, there are some dramatic stories about peasants burning their crops because they believed the world was about to end. The bible never said the apocalypse would come in the year 1000; in fact, the bible says no one should even try to predict the end of the world.

“But, many Christians believe that after the world as we know it does end, Jesus will rule on Earth for a thousand years. It is this concept, says Michael Barkin that is at the root of millennial beliefs. Barkin, a history professor at Syracuse University who has studied millennial groups, says he believes in the possibility of paradise on Earth.

‘It means that you anticipate the imminent end of history and the replacement of the existing social order with some kind of utterly perfect society free of all evil and suffering, at least as you define it. The kind of imagery that often accompanies this sort of thinking involves conflict, earthquakes, other natural calamities, violence; there’s a whole panoply of events of this sort that are associated with millenniarian thought, and on the wreckage of the old order then is the assumption that some new and utterly perfected society will emerge.’

A little further into this report:

“CHARLES STROZIER, Author, “Apocalypse – A Study of the Psychology of Fundamentalism’: The appeal of the apocalyptic ideas is partly a sense of a really profound moral rot in contemporary life and culture, and modernism generally, and in a sense that the whole thing is about to collapse, you know? That the families are falling apart, that individuals are falling apart, that society’s full of crime, et cetera, et cetera, and that God is going to wreak vengeance.

“But, you don’t have to be Christian to believe that the end of human history is at hand. With the second millennium just a few years away, Ted Daniels, publisher and editor of the Millennial Prophecy Report, says there are an increasing number of Americans who believe that some kind of apocalyptic change is imminent.”

“But if you read very carefully you would see where I disagreed and why I used it in this article. All indications are that we are at the end of everything as we have known it. What does this mean? What will these changes bring in the next few years?

“The growing attention of the subject of the prospects, or the reality of the return to earth of Jesus, is reflected in several ways. Among the facts, which demonstrates this rising interest in the subject of Jesus’ return, is the increasing number of books detailing the idea that Jesus will or should return–to the earth–in a manifest way, before or by the year 2,000. These books do not make the somewhat artificial New York Times best seller’s lists. However, they are selling by the millions all over America.

“Independent of the views of the scholars, in the news item just mentioned, and other persons of learning throughout the earth, and even independent of the general public, is the reality of whether or not there really a human being, named Jesus, who has been living somewhere, in a place called “heaven”, for the past two thousand years, who is planning by his Father’s will, to return to this earth to complete his mission, which he began 2,000 years ago? Either he is or he is not. The full truth of this matter is–like any other truth–independent of guesses or opinions.

“About two billion people–both Christians and Muslims–have the belief in his return as a major article in their belief systems. What is the truth of their beliefs?