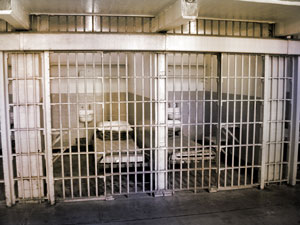 WASHINGTON (FinalCall.com) – Mandatory minimum sentencing, just mention it and mothers weep for their children, spouses cringe and children yearn for their parents.

The names are different and their crimes vary also but what is the same are harsh sentences that prevent judges from taking prior convictions or the lack of prior convictions and extenuating circumstances into consideration when meting out penalties. Such sentences treat each person as a hardened criminal deserving of jail time, say critics.

Come before a federal judge with your first offense for simple possession of five grams or more of crack cocaine and off to jail you go with a mandatory minimum of five years, they add. It doesn’t matter if you’re a college graduate, gainfully employed and just hung out with the wrong crowd one night. You go directly to jail.

“Congress recognizes the important role of the commission in the setting of sentencing policy, and directed the commission to conduct a thorough, wide-ranging study and compile a report on statutory mandatory minimum penalties and their broader role in the criminal justice system. The resulting report to Congress will be the most up-to-date and definitive work on this very important topic,” said commission chair Chief Judge William K. Sessions III, who serves in the federal District of Vermont.

In October 2009, Congress directed the commission to undertake a comprehensive review of these penalties as part of the Matthew Shepard and James Byrd Hate Crimes Prevention Act. Their report is due in October.

In May 27 testimony before the U.S. Sentencing Commission, Families Against Mandatory Minimums president Julie Stewart urged commissioners to continue their “strong, smart, and moral leadership” in the fight to repeal mandatory minimum sentencing laws.

“I urge you to continue to play the same leadership role in opposing mandatory minimums that previous commissions have. You have a bully pulpit that we do not have, and you should continue to use it to say loudly and clearly: Mandatory minimums were wrong before there were sentencing guidelines; they were wrong when the guidelines were enforceable; and they are wrong now that the guidelines are advisory,” she said.

She also cautioned the commission on making uniformity a higher sentencing goal than justice.

“Mandatory minimums force judges to put their heads in the sand, ignore all of the new science and research, and issue pre-assigned, one-size-fits-all sentences. If that is what is meant by uniformity, it is not a goal worth pursuing,” she said.

“Repeat offenders and hardened criminals who fail to learn from the punishments imposed for their first and subsequent crimes are responsible for a disproportionately high amount of crime. By incapacitating repeat offenders, minimum mandatory penalties help citizens avoid being victimized by career criminals.”

“We urge the commission to continue to educate Congress about mandatory minimums and to recommend that they be abolished. As Congress concluded when it wisely repealed mandatory minimums in 1970, mandatory minimums do not reduce crime; rather, they hamper rehabilitation, infringe on the judicial function, treat casual offenders as severely as hardened criminals, and prevent individualized sentencing,” testified Michael Nachmanoff, a federal public defender for the Eastern District of Virginia.