The son of Palestinians who were forced to flee their homes when Israel was established in 1948, Dr. Jess Ghannam is a grassroots activist and member of Al-Awda’s Coordinating and Executive Committees. Al-Awda is a charitable organization of grassroots activists and students committed to comprehensive public education on the rights of all Palestinian refugees to return to their homes and lands of origin. Dr. Ghannam travels every three months to Palestine where, for the past 12 years, he has established clinics in Gaza City, Jabaliyah, Khan Younis and Deir al-Balah under the auspices of the Gaza Community Mental Health program.

Also serving as the Professor of Psychiatry and Chief of Medical Psychology at the University of California San Francisco, Dr. Ghannam recently spoke with Final Call Contributing Writer Ashahed M. Muhammad to discuss the current situation in Palestine as well as the efforts of groups such as the Christians United for Israel to create division between Blacks (Muslims and non-Muslim) and the immigrant Muslim community.

The Final Call (FC): If you could get anything across to the people here in the United States, what would it be regarding the struggle for Palestine?

We want to be able to embrace and support each other so that we can come up against and resist this thing because what they have done to our communities is try to divide us. Unfortunately, they have done a pretty good job of creating fake differences between us because we really do share the same kind of struggle and the same kind of commitment in getting rid of our shackles and trying to be free.

FC: You mentioned a connection between South Africa, their former government of apartheid and the Israeli government.

JG: Yes, it’s the same form, except we would say that the Israeli form of apartheid is sadly more vicious than the South African version of apartheid, because the Israelis have F-16s (military aircraft) and Apache helicopters, and they don’t hesitate to bomb, kill and maim innocent civilians, men, women and children every single day.

FC: Can you speak directly to this attack by the Christian Zionists? There are many who believe that they are trying to stop Black people who are coming to Islam in great numbers, many times from the church. In your view, is this a specific attack strategy of the Christian Zionist movement aiming at the Black churches?

JG: I believe it. Historically, the African American church community has been one of the biggest defenders of civil rights, civil liberties and self-determination for all oppressed people. The biggest fear among the pro-Israeli folks is that African Americans will wake up and start seeing solidarity with Palestine, with Muslims in general, and with Arabs in general. That is their biggest fear. So, what’s their way?–into the church, which is a base for African Americans obviously because it’s the big base where people go; it’s home. So, I believe it to the core of my existence that Christian Zionists use the pulpit to divide and conquer.

FC: What are specific strategies that you would advance as far as doing something to counteract that?

JG: For me, the biggest strategy is information and knowing the history. I think if I could have the honor of going to every African American church in the country and just giving a 10-minute lecture on what’s happening to Palestine; if I could talk to people because when I talk to people, they are shocked because they don’t make the connection with Israel and what Israel is doing to Palestinians.

They don’t make that connection; they see Israel as victims rather than [a] victimizer. They see the Israelis as being the ones who are the object of terror rather than as the terrorists themselves. I feel like information, knowledge of history and the facts of what’s going on would be the best strategy.

FC: Do you think that you could do it in 10 minutes?

JG: I probably couldn’t do it in 10 minutes because I have a slide show (laughs). I think one thing about those in the African American community that I work with is that they are extremely open to reasonable and rational analysis. If I say Israel is an apartheid state because they have Jewish-only roads–and they actually build roads for Jewish people only, and have separate slave roads for Brown people who happen to look like me, who happen to be Muslim, who happen to be dark–now, does that sound like Democracy?

They can connect with the fact that Israel is not a Democracy, because they really do subjugate Indigenous Brown people on their own land. I think if they saw the pictures and heard the facts they would be shocked. I think that has to be the first step.

– In 2005, there were approximately 7.2 million Palestinian refugees, equivalent to 74 percent of the entire Palestinian population, which is estimated at 9.7 million worldwide.

– By contrast, more than 6,000 refugees live per square kilometer in the Gaza Strip, while over the barbed wire their lands are practically empty. Ninety seven percent of the entire refugee population currently lives within 100 km of their homes. Fifty percent live within 40 km, while many live within sight of their homes.

– The inalienable rights of refugees are not negotiable. International law considers agreements between an occupier and the occupied to be null and void if they deprive civilians of recognized human rights including the rights to repatriation and restitution.

– The U.S. is bound by its laws not to fund regimes that violate human rights and basic freedoms. There is no more elemental right than one’s right to his/her home and to live in his/her land. The U.S. could use the leverage of the massive financial support it gives to the State of Israel to press for this right. 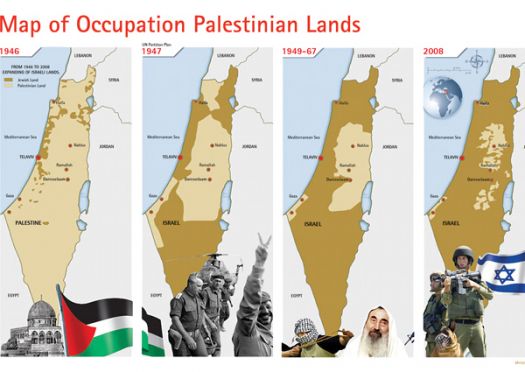