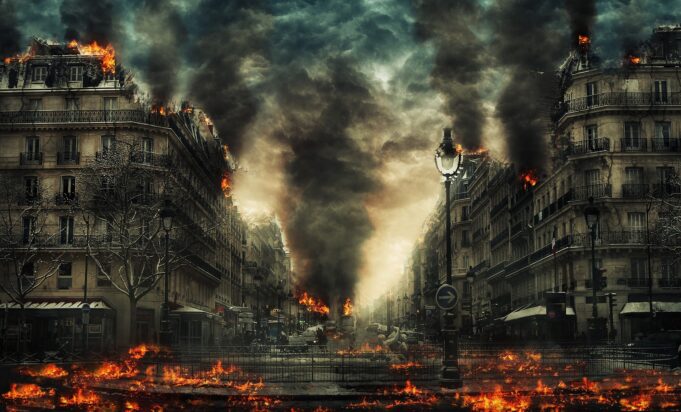 Today is the day in which the God of Justice (Allah) is judging between man and man and nation and nation. To understand the present, we must learn of the past.

This makes 6,000 years from the time of the birth or grafting of the Caucasian race.

In 4,000 years of the White man’s rule they have practiced and exercised their power and authority over us as was divinely given to them.

So God, Himself, intervenes to make manifest the two peoples. Everything that is of good, according to recorded history, has trouble in it’s infancy, but as it grows, it triumphs in the end.

The so-called Negroes must know the truth. This is the only way to bring them into the light of truth as they are spiritually blind to the knowledge of themselves but God, Himself.

Prophets of God can only deliver the truth to the people. But to make them believe, see, and understand it and accept or reject it this must come from God.

It took the destruction of the people of Korah by Almighty God to make Israel understand that it was God who had appointed Moses to lead them and that self-made leaders such as Korah would not work in the way of delivering Israel another country.

Because Allah had chosen Moses to act as a guide for Israel, and all other self- made leaders would be failures.

He sent poisonous and fiery serpents against them to bite and kill those who rebelled. So this is a warning and a sign for us today: That when God intends to separate a people, or remove a people and put another in their stead, it is His work and the people who rebel against His work who will come to naught.

The so-called American Negroes must learn these truths today. That they cannot deliver themselves from the evils they are suffering from the White race without the help of Allah.

You see the trouble that our people and the American Whites are suffering from the struggle of our people with a few Whites on their side to bring about integration between the two races, of which is opposed by God, Himself. It is the time that the two people should separate.