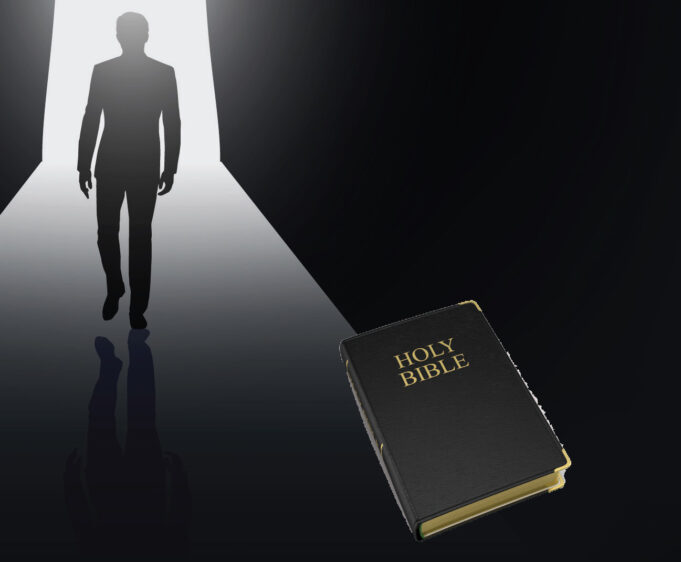 The reality of God. I have been and still am trying to make clear to you how important it is. This knowledge of the True God, the reality of God has been and is even now a mystery to the world of mankind with a few exceptions. The day has come that all mankind MUST know the reality of Allah (God)

“There can be no judgment of the people until this knowledge has been given to the people.” How can we serve a God without knowledge of Him? My people, the so-called Negroes (The Tribe of Shabazz), are the worst off when if comes to the reality of God.

The whole world has been and is looking for the coming of God. Several places in both the Bible and the Holy Qur’an refer to the coming of Allah (God). “The Coming of the Son of Man.” Referring to God as the Son of Man should remove all doubts as to his being anything other than a man.

The Bible mentions Him as the Son of Man and also mentions Him as not being a man but a spirit. On one side He is made clear and on the other He is made a mystery. Representation such as this causes confusion in understanding. We are blind to the knowledge of God when we make Him a mystery and unreal.

Anyone so blind to the reality of God is the servant of the devil, until he or she sees God as a reality. Thousands of years the devil has been blinding man to God’s reality, and that is the reason why God had to come in person (and He has), to clear us of such ignorance and blindness to the knowledge of Him.

Therefore, we have the “Coming of Allah (God).” He is referred to as the Son of Man because, first, He is the Son of Man and gotten for a special purpose, which is to return the lost back to their own and to punish and destroy the wicked for their destruction of the righteous, that the righteous may live in peace and do the will of the God of righteousness, free from trouble and interference. Second, He must be a man to deal with man, and we cannot receive or respect other than man.

Since His work is to destroy the wicked. He must remain hidden from the eyes of the world until the time is ripe (the end), for the two (God and devil) cannot rule together.

Third, the reality of God is as clear as the reality of the devil, but we did not know it until His coming to judge the world. For instance, if we take God for something other than a man (not the man devil), we cannot prove it. If we believe that He Is a spirit and not a man, then we can never expect to have any knowledge of Him except by the sense of feel.

We cannot see a spirit; therefore, the teachings of His coming would be false. The spirit of life is and has been with us all of our lives. God is in person among us today. He is a man, He is in His time. God sees, hears, knows, wills, acts and is a person (man). The evil workings of the devil MUST come to an end.