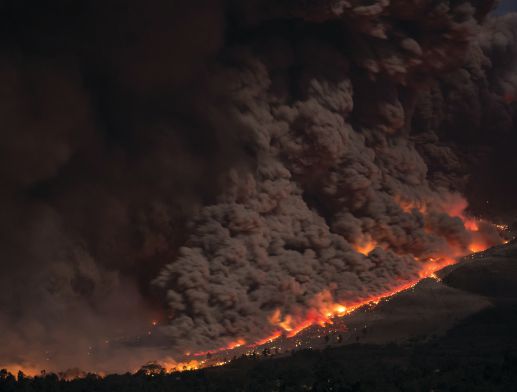 Many of you may think that if America ends her war in Asia this will bring peace and prosperity to the people of America. Perhaps, someday, there may be a lull in the war, but not now.

If America and Asia can find a way to bring about a cessation of the war between each other this does not mean that peace and prosperity is assured; not at this time.

There is still the cold war in Berlin, between America and Russia and in other parts of Europe, to be reckoned with. Europe will become a dreaded spot when America leaves Asia. It is true, as the prophets have predicted, that America must come out of Asia, or be thrown out.

Each, America and Russia, the two most powerful war-factors of the world, is seeking to maintain their rule over the nations of earth, and even to conquer outer space. This will not last long. In their travel and investigation into space, Allah, (God), is permitting them to peep into His great, unequalled creation of power and might the heavens and earth. The Holy Qur’an teaches that when Allah (God) gets ready to destroy a people He opens the doors of heaven to them. He gives them a peep into His great wisdom and secrets. But this does not mean that this adds power to the enemy to be able to war against the Creator. The reason for all of this is due to the fact that Allah (God) is setting up a kingdom of righteousness, freedom, justice and equality.

Black Brother, do not look for a high paying job drawing a big roll of money after the war, unless with the help of Allah (God), you prepare this for yourself, which I advise you to do.

The most dreadful divine judgments that have ever been witnessed by man are now coming on America. America is the divine target because she could have bettered herself in the divine eyes of Allah (God), Whom came in the Person of Master Fard Muhammad, to whom praises are due forever. But America did not and will not better herself, as it is written and prophesied, concerning Ancient Babylon and Egypt. “We would have healed Babylon, but she is not healed…” Bible, Je. 51:9, (because she was not willing to do justice by her captive Jews from Jerusalem).

So it was with Pharaoh when Allah (Jehovah) went after Egypt, (Bible ex.). Pharaoh refused to give justice to Israel and made war against Allah, (Jehovah), and His Prophet, Moses, to prevent, Israel, from going free of Pharaoh’s enslavement of them.