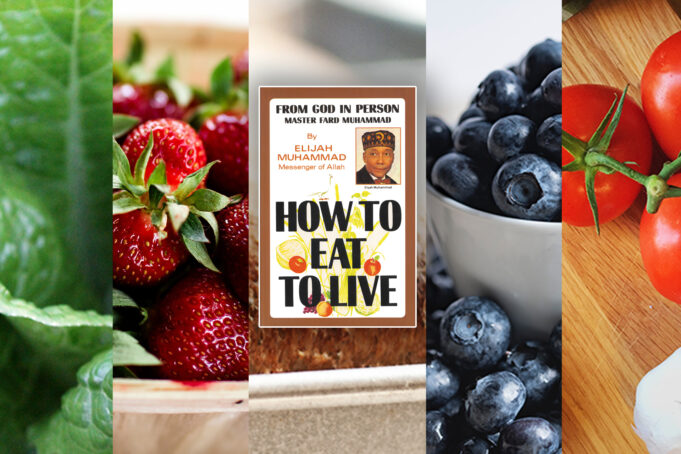 There is no way for us to learn the right way to eat in order to live a long life, except through the guidance and teachings of Allah, Who came in the Person of Master Fard Muhammad.

The Bible says that He will give us more life abundancy, but He demands strict obedience to His Will. There is no way of prolonging the life of human beings–or any other life–unless it begins with restrictions of the foods which sustain life: the right kinds of food and the proper time when it should be taken into our bodies.

Jehovah taught Israel how to live, but Israel rebelled against the law of Jehovah, handed down to them through Moses, the servant of Jehovah.

There are many Jews today, called Orthodox Jews, who try to eat in order to live. They are careful of the type of food that goes into their stomachs. They will not slaughter an animal without trying to drain that animal’s blood out of its body before taking it for food. They will not accept diseased animals, birds or fowls.

We give credit to the Jews for still trying to obey that which they were ordered to do by Allah, through the prophets that Allah sent to them. The Jews paid the penalty for disobedience, and are still paying. However, they are the only people, the Holy Qur’an teaches, whose food we can eat. They, in turn, can eat our food. The Muslims who try to live according to the teachings of the Holy Qur’an will not eat the wrong food when they know what that food is.

Of course, those who are becoming converts to Islam in America, my followers, are being tried The Christians–White and Black–try to force or deceive my followers into eating foods they know we, the Muslims, do not approve.

In prison, they almost starve my followers trying to force them to eat the filthy, poisonous swine flesh. This I know, because when I was in prison they did the same to me.

Thanks to the coming of Allah in the Person of Master Fard Muhammad, if we obey what He has given to us in the way of proper foods and the proper time to partake of these foods, we will never be sick, or have to pay hundreds, thousands and millions of dollars for doctor bills and hospitalization.

The Christian people have one of the most brutal ways of killing animals for their food. Many of their animals are killed under fright and excitement; they actually murder the animals they eat.

We, the Muslims, who have not been able to go out to the slaughter houses as yet to choose our meat, as the Orthodox Jews are doing, slaughter our animals or cattle at a time when they least expect it. We take their lives in the name of Allah, with a prayer over this condemned life to be used to sustain our lives.

Allah has taught me how to eat in order to live. I have been teaching it to my followers, but we often become negligent and fall victim to our own negligence. As a result, we are calling the doctor, or going to the hospital because we did not eat the right foods and in the proper way.

Hereafter, I shall enforce restriction on my followers to eat as Allah bids us. As I have said to my followers on many occasions, life cannot be prolonged unless we are careful of what we eat and when we eat.

The foolish idea of eating three or four times a day–and all between meals– is like the poisonous swine who never has any regular eating habit. Even a dog will not eat when he is full most of the time. The hog, however, swallows as long as he can and then regrets that he can’t keep swallowing. He will crawl into his food and wait until he can swallow some more. He is so greedy he won’t leave his food.