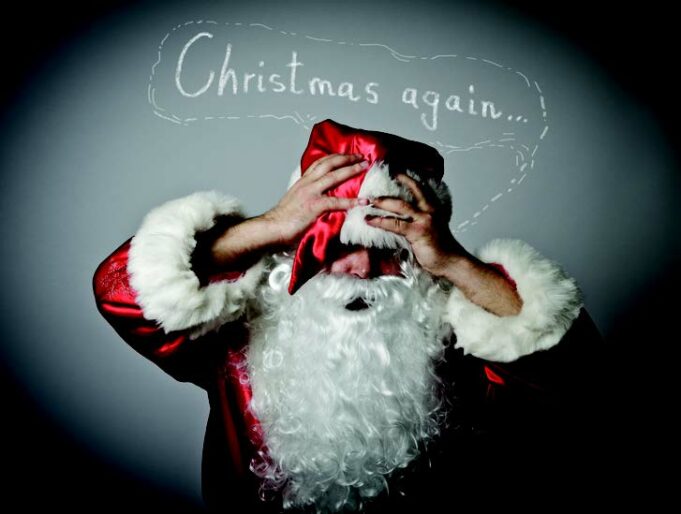 If You look at the emblems which represent these two religions and understand their meanings, you will say, “How could I have ever been a Christian? Or ever to have believed in such a religion which will display such a gruesome sign—a murdered prophet to beckon me on a path to murder.”

The whole history of the White race is written in the shedding of innocent blood. They kill the righteous. Do you not hear how openly they speak of killing me and my followers? Do you not see how they go in gangs, armed to the teeth, to kill me and my followers? They try to provoke us to strike back at them—innocent people upon whom they prey.

They attack our meeting places like wild jungle creatures; actually shoot up the walls of our temples to show their hatred of the righteous and the right-doer— without any cause whatsoever, as you see and know. We carry no weapons, but this is no defense or excuse to the White race, which is, by nature, made to attack and kill the innocent without an excuse.

They go in carloads and truckloads, raiding the poor innocent Black sections to take our lives without any cause or provocation whatsoever— wrecking our property—knowing that we have no arms. They cowardly, evilly come in great numbers as though they expect a great army to rise up against them. Cowards!

They have no respect for good. They bomb our Black Christian brothers’ churches in the South. They shoot them down on highways, in their homes and on the job—anywhere he can satisfy his lust for blood; a blood-thirsty wicked human beast.

They go out on the streets and run down the poor Black man to take his life, with no excuse except their hatred of him and to bear witness to the truth of himself that he is the devil.

They have the nerve to tell the poor innocent victim (Black man) that the teacher of the truth is teaching hatred of him! Who could love him? There should be no need to teach hatred of you to a people who were born and brought up under your feet and who daily experience the cruel blows from your heavy boots, because that person already knows that you are the heartless enemy— who will not let him go free in a separate place here in this wide territory.

But You would rather hold them here under your eyes so that you can do evil things to them—beat and kill them while they are helpless. Your enemies would gladly arm every one of them, but Allah (God) does not want us to bear arms.

He wants to show you that he is God. He wants to fight you with His weapons, the forces of nature —rain, hail, snow, and earthquakes; the sun, moon, and the star. As little as we respect that little dried up piece of our planet called moon, which looks harmless, it has such power of magnetic pull on our planet that it could affect our lives.

Now comes the Christians’ big holiday which they call Christmas. With all the fantastic foolishness of jungle savages, they pretend to love worshipping the prophet on the 25th day of December. They stagger drunkenly all over the streets, campuses, and most of the homes and churches, with card games, dice and other games of chance and all kinds of whisky and beer—to celebrate that great prophet; with fighting and killing and eating swine flesh. Such is the day which they call the birthday of Jesus.

They have nothing of good in their behavior. It is like Isaiah said, “This people worship me with their mouth but their hearts are far from me.” This is true.

It is all false that Jesus was born on the 25th day of December. But the poor Black slave, who used to rejoice that his master gave him one day of rest from the hard labor which he was made to serve, until any day his master said was a holiday was all right with him, as long as he did not have to work.

Until this day, they do not stop to ask what is the meaning of his holiday and where it sprang from. There is no holiday of the White people which the so-called Negro should worship as his day. He never seeks to find a day of his own on which he can worship.

He seeks to worship what the White man worships —and feels rejected if not permitted to go to war with his master regardless of whom his master is fighting, even though it be his own brother or family. He thinks he is disgraced if he is not involved in whatsoever his master is involved in, and he believes he has a share in it because he wants the love and respect of his master so much.

In fact, He does not believe in what he teaches you of Christianity. Even the very basic principle of Christianity is wrong and false (three Gods in one). And that one of them had to die, He being the Son of the Father, to save the wicked world of the Caucasian race is the most damnable teaching against your peace and happiness. It takes you right out of life.

Another false practice on the 25th day of December: the children between the ages of 3 and 12 think a Santa Claus is visiting them, making them believe they are getting presents from some foreign or strange person other than themselves (the parents).

Some of the parents go so far as to scratch the chimney and tell the children “Santa came down here last night.” This is outright false and telling other than the truth. They even have pictures made and commercialized on it.

How could one come from way around the North Pole driving a small sled-like cart? And where did he buy all of those toys? How does Santa drive his sled in the South where there is no snow or ice for him to drive on? They rob themselves of the honor of the child at his receiving their gifts.

Jesus is garbed up and commercialized on by a world of evil and sin and you like this, my people—you love this now. You defy anyone, even God Himself, to try and remove your love of what is false.

You cannot prove that the 25th day of December is the birthday of Jesus and you are preaching out of a Bible which does not carry any such history. It gives you an idea that He could not have been born on December 25 by these words “While the shepherd watched their flocks by night.”

If it had been in December, could they have been sitting out at night watching the flock eat good green grass? December is wintertime! Winter starts on the 21st day of December—you are four days into winter there.

Of course, there are some parts of the earth where winter does not come and there is pasture for the sheep all year round. But it is not like that in Palestine— in the winter, especially at night.

According to the Christian saying and representation, the Son of God is worshipped. His birth is mocked and disgraced with drunkeness, murdering, gambling, and every type of evil committed on such a day by the Christians while the Muslims walk through their midst, soberly, peacefully fasting through the month and not thinking or drinking alcoholic beverages—not eating the flesh of anything—eating once a day, and that only at night.

At the same time, the evil Christian world disgraces the name of one of the most perfect prophets of the past, Jesus. Should not God take revenge on them for such mockery of Jesus? They lie when they say Jesus was born without the agency of man. Then they lie of his death and say that he rose again physically.

And yet, the Black preacher today, in this modern, advanced spiritually scientific world which represents such falsehood, scorn the truth of Islam (entire submission to the Will of God). Should not the preacher be divinely chastised as it is written that he will be?

The Pope of Rome knows that his followers here in the West are making a mockery of Jesus and his teachings, but he will not try to change it, for he is the father of it (church).