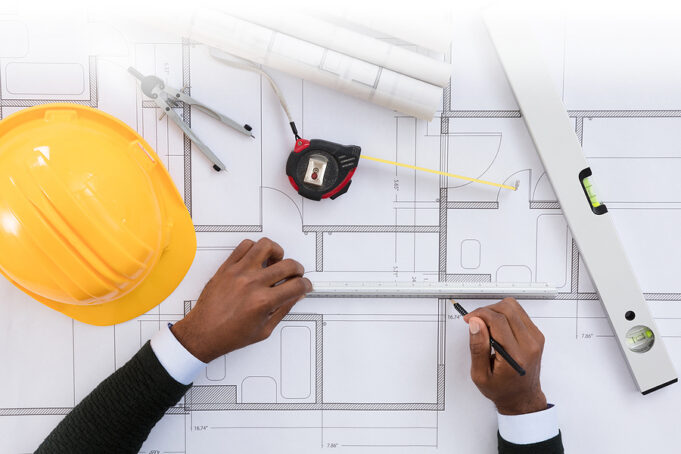 [Editor’s note: We are reprinting the following article printed in The Final Call newspaper, Volume 1, Number 4. Though the numbers related to Black economic strength and some spending have increased over the years, the core message and guidance contained remains vital to our success.]

Look at what is going on in our communities around the country. There is a scheme by wealthy White financiers to buy up all of the old property in the ghetto. These same wealthy financiers are also sending money into the Black community to foment gang warfare. The motion picture “The Warriors” is a prime example of the glorification of gang warfare, and their preying on the weak and helpless. This type of activity is forcing Black people to leave the inner-city areas.

If this tactic does not work, arsonists are sent in to burn down the houses of Black and Puerto Rican people, many times killing family members while they are asleep, so that the Blacks and Puerto Ricans will move out. These same White financiers and banks then move in, buy up the property, tear down the shabby buildings, and build high rise condominiums that the poor and Black cannot afford to live in. This forces us into other ghettos away from the inner city, or out into the suburbs. With the price of gasoline skyrocketing, unemployment among our people will continue to rise because the poor will not be able to afford to get back into the city to obtain and maintain their jobs.

Financial Institutions and the Black Community

In the Honorable Elijah Muhammad’s monumental book, “Message to the Blackman in America” he writes: “There is no need for us, millions throughout the country, spending our money for the joy and happiness of others. As a result, as soon as we are thrown out of a job, we are back at the doors of White people, begging for bread and soup.

“How many clothing shops do we operate in the country? Very few. Yet, all of us wear clothes. Who made our clothes for us? Who sold them to us? We have a few grocery stores, but this is not enough to feed 30 million Black people in America. Should we not have clothing factories making clothes for ourselves? Should we not have more stores to sell our people everything that they want or need?”

At one point in the history of this country, the Black man picked cotton for White people. We must now pick cotton for ourselves, and turn it into lint, and cloth, so that we can make clothing for our people. Why should we continue to be the slaves of these freaks from Europe who are designing the indecent styles of clothing that Black people are wearing?

Look at us. We all wear shoes, but we have no shoe factories. If the cattle gives its hide to the Caucasian people so that they can take that hide, tan it, and make shoes for themselves, would not the same cattle give their hides to you and me? Was it not a Black man who invented the machine which revolutionized the shoe industry? Yet we profit nothing from his genius.

According to government economists, last year Black people spent over $100 billion. If we took the aggregate income of Black people, some scholars submit that we would be the ninth richest country in the world. However, countries that are poorer than we, are providing education, jobs, and medical needs for their people. They are building roads, highways, and all kinds of housing, with less money than the Black man in America has to spend.

We are throwing our money away foolishly. Last year, Black people spent $2 billion on alcohol alone. If we would stop drinking, and put that $2 billion to work, every Black College in America would be finely supported. If we would stop drinking and throwing away money on dope and other frivolous forms of “pleasure,” we could build up a mighty, independent existence. White people allow us to take $100 billion out of the economy, but we refuse to be wise and use that money to build for ourselves.

Our fraternal and Greek-letter organizations must also learn to use their monies more wisely. Why spend millions of your hard-earned dollars on big conventions, gaining nothing in return of any substance.

The Masons must come today with your square and compass, and build up the Black man to do something for self. Why not use your monies to build a Masonic supermarket that will provide jobs for our young people who are coming out of college? Why cannot the Elks own a hospital which would give treatment to our sick and wounded? This is how our monies must be spent today if we, as a people, are going to survive.

The Honorable Elijah Muhammad lifted up a mighty example of doing for self for the Black man of America. Many said the Muslims operated mom and pop stores, and made mockery of our humble beginnings. However, the Honorable Elijah Muhammad lifted up a light for all to see. He was not working with the “best minds” in the country, but with those that society labeled as social misfits, the outcast and the prisoners.

There were very few people who worked with the Honorable Elijah Muhammad who were highly trained and highly learned. Yet, he showed us how to pool our resources, go to the earth and farm, thereby giving us the ability to do that which would one day enable us to be independent, and gain the respect of the civilized people of the world.

The Value of Land

In the last ten years Black people in America have lost over five million acres of land through fraudulent tax schemes, ignorance, and negligence. Many Black Brothers and Sisters have relatives in the South who have land. However, despite having the education necessary to aid them, many of you will not secure the land for your mothers, fathers, grandmothers, and grandfathers.

Therefore, our enemies are allowed to take the land back from them, thus making you and me totally dependent upon them for sustenance. Take the responsibility of making sure the taxes are paid, so that the land will stay in the hands of your family. Do not be so quick to sell the land for a few quickly declining dollars. We must hold on to our land, for as the dollar loses its value, the earth becomes more valuable. If that land can produce corn or wheat, it will be far more valuable to us in a few days, than all the dollar bills you can manage to accumulate.

Look at all the land in Georgia. Why do we not buy some of it to build kilns, make bricks and construct our own homes? Cannot we cut down trees and turn the trees into lumber, and build homes for ourselves? While the dollar still has a little value, let us purchase as much productive land as possible, for the earth will never lose its value if taken care of and properly cultivated.

Respect Must Be Earned

As I have traveled throughout the country, everywhere I go I see the spirit in the young Black student, which if properly directed would cause them to do for themselves. We must remember, that if we desire the respect of the world, you and I must do that which will earn that respect.

If our former slave masters saw us farming, bringing produce to warehouses that we own, and shipping that produce into the cities where we live; if White people saw us taking over clothing, shoe, and food stores in our neighborhoods rather than allowing Jews, Arabs, and every other nationality to sell us everything, they would then tip their hats, bow their heads and admit, “Now, the Black man is worthy of respect, because he respects himself.”

No one respects a beggar, and up until now we are beggars for a job, clothing, and education from the White man. No, Black man, the time has now arrived where you must beg no man. You must get up and do it for yourself.