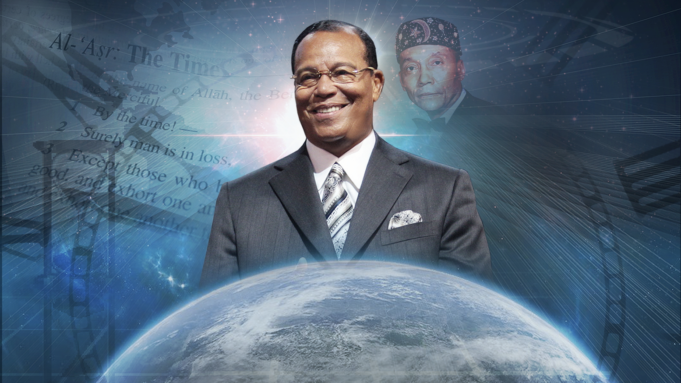 [Editor’s note: The following article is taken from a section of an hour-long message delivered by the Honorable Minister Louis Farrakhan as Part 10 of his 52-week Lecture Series “The Time and What Must Be Done.” This message originally aired on Satuday, March 16, 2013. To order this message in its entirety on MP3, DVD and CD, visit store.fi nalcall.com. You can also call (866) 602-1230, ext. 200.]

Jesus told us of a lot of “signs” that would be spoken, and that would be fulfilled; and these signs would tell us “The Time.” Let us study what is written in the Book of Matthew, Chapter 24, verse 34: “Verily, I say unto you: This generation shall not pass till all these things be fulfilled.”

Question: How many generations have passed since Jesus preached those words? It has been 2,000 years, so how many “generations” have come and gone since those words were uttered?

Surely this prophecy could not have been talking about “the time of Jesus The Prophet,” that “this generation shall not pass till all these things are fulfilled.” Well, when you check what a “generation” is, according to the dictionary, it is a span of “30 years”; and if we calculate how many times “30” goes into “2,000” the answer is “66.666” times. Does that number “ring a bell”? It is The Number of The Beast—and The Hour of His Destruction has come.

My dear brothers and sisters, since we are on the subjects of “The Time and What Must Be Done” and “The Judgment,” we can study what some of the signs are by reading two monumental books by the Honorable Elijah Muhammad that you must have in your library: Message To The Blackman in America and The Fall of America. Please go to store.finalcall.com and order them.

In the Book of Luke, Chapter 21, verses 25-26 teach: “There shall be signs in the sun and in the moon and in the stars; and upon the earth, distress of nations with perplexity. The sea and waves roaring, and men’s hearts failing them for fear and for looking after those things which are coming on the Earth for The Powers of Heaven shall be shaken.”

In Message To The Blackman in America on page 292, in the Chapter titled “The Judgment,” the Honorable Elijah Muhammad says that “the sun,” “the moon” and “the stars” are really causing great consternation (feelings of anxiety or dismay, terror or fright, typically at something unexpected) on the Earth.

From published reports we can hear of great “sun storms” (i.e. “solar flares”), where The Sun is belching out fire from 10,000-30,000 miles from its surface, burning the Earth and interfering with your communications. And yes, the sea and the waves are “roaring,” for the Honorable Elijah Muhammad is talking about “the seas” and what is happening; and the effect that The Moon is having on the waters.

And if you’ll read, or look at the news, “Are the nations in distress?” My God! There are 17 nations in Europe that were taking austerity measures to address their debt crisis—they are “in distress” because their economies are collapsing. I even read in a news article that France’s Labor Minister, Michel Sapin, was telling the French people that the country is, quote, “totally bankrupt.”

And there are scholars of economics in America that are warning that America is nearly “completely bankrupt” because the “Gross Domestic Product” (GDP) is under the “debt ceiling,” here you have over $16 trillion in debt that is swamping, drowning the GDP. Those are not “good” signs. Those are the signs of distress and affliction.

The nations of the Earth are in distress—with perplexity, which means “confusion.” Are the heads of our government confused? You mean you can’t sit down in a room and agree on “a way forward” to solve the problems of the American people? Yes. … The confusion that you wanted to produce, and have produced, among us: Now God is taking it off of us, and putting it on you. These are the signs of the end.

Study The Fall of America, Chapter 35, “America Surrounded with The Judgment of Allah” (page 154) and Chapter 36, “Four Great Judgments of America” (page 157).

In Chapter 35, he writes: “The four great judgments that Almighty [God] Allah is bringing upon America are rain, hail, snow and earthquakes. We see them now covering all sides of America, as the Holy Qur’an prophesies, ‘curtailing her on all her sides.’ And these judgments would push the people into the center of the country, and there they would realize that it is Allah (God) Who is bringing them and their country to a naught.”

What do you mean “pushing the people into the center of the country”? He told me to tell you, and he wrote it himself, that the coastlines—all of them—will be destroyed. And some of your own scientists are talking about “global warming” and the “melting of the glaciers”: This is not an “accident.”

You want to say that it’s what “we are doing to the environment, etc.,” and we have some responsibility, however The God of Heaven is doing this. And as these glaciers melt, the waters of  The Pacific and The Atlantic Oceans are going to rise.

And as they rise, they will overspread, and destroy your borders in the East with The Atlantic Coast; in the West with The Pacific Coast, and in The South with The Gulf Coast. It’s happening now. But it will get worse as you continue your rebellion against God, and His Call of what you must do in order to escape “loss.”

And in Chapter 36, he writes: “To be plagued with too much rain will destroy property and lives. It swells the rivers and creeks. Too much rain floods cities and towns. … Rain makes the atmosphere too heavy with moisture causing sickness. Wind with rain can bring destruction to towns and cities, bringing various germs, causing sickness to the people.

It produces unclean water by the swelling of streams and destroying reservoirs of pure drinking water used for the health of the people. Rain is a destructive army within itself. Hail stones are also a property and life destroyer.”

The Honorable Elijah Muhammad wrote these words 40 years ago. And it is even greater today—showing you that a Man of God and His Word are never “outdated,” it is always “on time,” for in Chapter 35 he writes: “These are not the days of Noah, Lot and Abraham, nor are these the days of Moses. These are new times.

The enemy does not get away in punishing the righteous just because he hates them. Allah, the God of Righteousness, is with us and He just Laughs at those who try to fight against Him. He has destroyed whole nations with less than the power of rain, hail, snow and earthquakes. The Holy Qur’an has the record of people even being destroyed by gnats. …”

That’s how disrespectful Allah is of The Wicked: He will take something as small as a “gnat” and multiply it into the millions, and drive you to destruction. He does not have to “go to work,” as in get a “block of iron” or “a mountain,” and throw it on them. He just causes that which is with you to turn against you.

“The forces of nature,” he continues, “are great weapons as we see them in play upon America. Storms after storms of snow and ice are rolling in from the North and are pushing great drifts that are just covering up everything.” Well, the Holy Qur’an says that Allah (God) destroyed people with just cold wind. He froze them. … No wonder in the 2nd Chapter of the Book of Psalms God says that He will “sit in the heavens, and laugh at those” who are trying to fight against Him.

The Honorable Elijah Muhammad is asking that you:

“Separate The Black Man and Woman,” because God wants to make a great nation out of us; and “Give us a good sendoff.”

Black Man and Woman: What should you do? Get busy! Let’s unite! Let us stop this wanton killing of each other!

The learned of our people; the professional people: Why don’t you look at The Program of The Honorable Elijah Muhammad, and unite with that Program to put the hands of our people to work, and the feet of our people moving in a free direction? You have the knowledge—but you’re using it in the storehouse of the wisdom of your former slave masters and their children. Black man and woman of intelligence: Let’s unite and do something for self.

But if you continue to rebel, the Honorable Elijah Muhammad warns of a heavy chastisement that you will be under, that will last one whole year. It’s written in the Bible, in the Book of Revelation, Chapter 9, verses 1-6 that in that year “you will seek death”—and you will not find it, for “death will flee from you.” It’s on the way. … So come on: “Buckle on your boots and shoes” and let’s go to work and do something for ourselves.