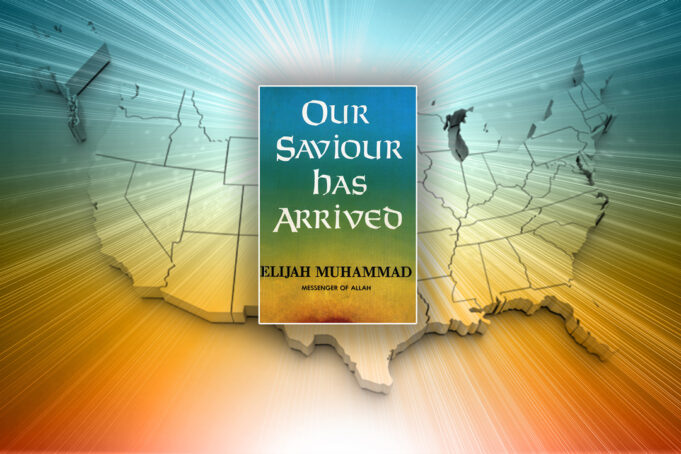 On our planet earth, every race in every country, city, and town is now so full of people that they have to look for room for expansion.

It is an acute situation throughout the earth. Governments are taxed to the limit to try to house their population.

This known, well-visited earth, in spite of its liberal habitations, is seemingly over populated, so much so that it is a problem of the governments to find houses for its citizens.

Allah Himself threatens to reduce the seemingly over population of the earth by removing all of the people of the planet earth who are unwilling to submit in obedience of Allah (God), His Messenger, and the Message that he has sent.

A great vacancy would be left, for there is only a small percentage of the population of the earth who want to do righteousness.

Much of the population of the earth has its own god and religion. They will not let go of what they have for Allah (God) and His True Religion, Islam.

My Black Brothers and Sisters, I am sorry for you if you think that the White man’s religion of Christianity will take you to heaven. I am sorry to tell you that it will not.

The Holy Qur’an teaches us that if we bring any other religion, other than Islam, on that Day, it will not be accepted. Allah (God) forbids us to set up a god beside Him, making another His Equal. The Bible teaches you the same.

You have disobeyed and added gods to the One God (Allah). The belief of the believer in Christianity is in three gods. This is against the teachings of Allah (God), The One God.

I am your God, warns Allah (God), I and I Alone. But you have set up some other I’s with Allah, The One God. Allah (God) warned all prophets of the past, “Tell the people, do not set up any other god with me as My Equal. I Am Your God.”

You are the losers…those of you who hold on to the religion of Christianity. This is the threatened day against you. You want to put aside Allah (God) and His True Religion, Islam. His Messenger and His Message, and accept that which you hope to put in its place, Christianity. This will not be accepted by Allah (God).

The heavens are full of stars. Maulana Muhammad Ali’s translation of the Holy Qur’an, in his footnote in that Chapter, says this represents a prosperous people and behind this prosperous people is a threatened destruction. They are in high places and authority of the earth.

The enemies of Allah (God) are working to reduce the population of the Planet Earth by means of poisoning the human beings and by setting up birth control laws under very wicked devices in order to rid the earth of people according to their idea of controlling the increase of the races and nations of the earth. This is a wicked thing.

Few people recognize the fact that we are living in the Day of Judgment of the wicked. You would like to ignore it. Why? It is because they love this wicked world which the wicked have built. They do not want to depart from it.

Allah (God) has given me the truth for the people. But in every city and town, and on every street, little would-be leaders snatch a few words of what Allah (God) has given to me for you, and they try to build an independent organization for self. Not for you…but for themselves.

This independent leadership is for self-exaltation. It is written in both the Bible and the Holy Qur’an that all want to be their own leader, all want to be shepherds of the people. They want honor for themselves regardless of Allah’s (God’s) warning to them to follow His Shepherd Whom He has Chosen … me. They depend upon themselves and they have nothing and they will never be successful. I do not worry about these little self-guides, self-leaders and self-organizations :

I warn the public. You are headed to be burned if you follow these self-styled leaders. You may say to me, Muhammad, we think you are self-styled. I say to you, calculate on my work. Allah (God) is with me to enable me to do it. If you do not believe that He Is, I still say, you should follow a man who is doing what I am doing since you are not able to do it.

Stop splitting up the Black people throughout America and setting up opposition to the work which Allah (God) has appointed for me to do which is the salvation of the Black People and your salvation.

This sitting around waiting to see will get you hell like it did the people of Noah, Lot, and Pharaoh. The Holy Qur’an warns you against this, “Wait if want to. We too are waiting.” It gives a very stern theological answer, “We know that you are on the wrong base. The Bible teaches you of the Muslims: “We know what we worship, you worship ye know not what.”

You are so far from understanding the prophecies of Jesus … making him something coming back from the grave in the Judgment to Judge the people with God. The Bible plainly tells you that he died “I go away … ” then he prophesied that “God will send you one.” You do not want that to be the present Messenger of Allah (God) whom you are opposed to. But you keep trying to preach the dead prophet, Jesus, back to life. Jesus was nothing but a prophet and he did not deny it. I have contended with you on this.

Let the Pope of Rome contend with me, for you are not able to attempt to do so. You are blind to the theology of Christianity. You do not have enough knowledge of theology and scripture to contend with me.

The White man would not teach you the right understanding of the scripture of the Bible. Many times, I have invited any one of them to prove the claim that the Jesus of 2,000 years ago is coming back.

We know what happened to him 2,000 years ago. He cannot come back from the grave. He is not in heaven. This is a lack of knowledge of the theology of the scriptures, but you can believe it any way that you want to. I would not give you 2 cents for all your praying to a dead Jesus to hear you. He does not hear you. He is dead and buried as all others before him and since who have died.

Allah (God) Who Came in the Person of Master Fard Muhammad, To Whom Praises are due forever, is Independent and I, His Messenger, am an independent, Proud, Black Man. There are millions of people on this earth besides you. I can teach them in six (6) hours and they will believe more than you do in six (6) years of my teaching you.

Allah (God) will whip you into submission. That is what He Will Do … The Heavens are Full Of Stars … The Threatened Day.